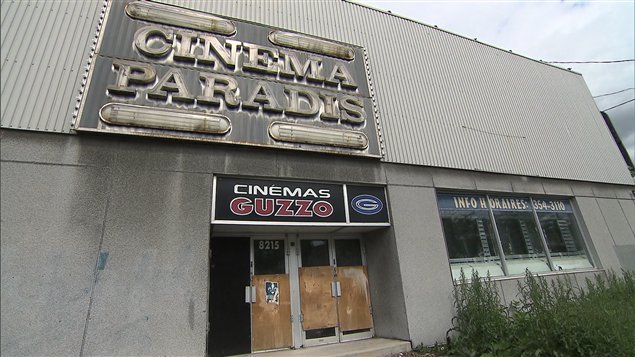 The Capri Cinema opened in the early-1950’s. It was owned in 1968 by Cinemas Bernard La Have, Inc. In 1973, it was renamed Maxi-I. In December 1974 Vincenzo Guzzo, the founder of le Cinemas Guzzo took this theatre over and renamed it the Paradis Cinema. It is split up into three screens in 1977.

First-run French language movies were shown until it was closed in November 2009.

This cinema disappeared from the listings on November 20th from the Guzzo website, It is now closed

I upload the grand opening ad as a triplex as well as the ad for its Maxi-I era.

Ads started to appear for this cinema as Paradis on December 7th, 1974 with an adult double bill in French. 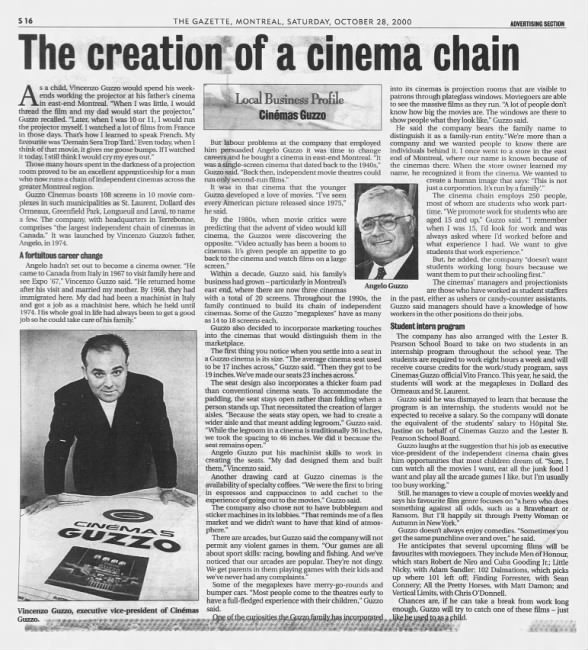 The Cinéma Paradis in Montreal’s east end has been boarded up for a decade, collecting a mix of spray paint and urban grime while the borough strives to revitalize the area.

Mercier–Hochelaga-Maisonneuve borough Mayor Pierre Lessard-Blais says the CEO of Cinémas Guzzo, Vincenzo Guzzo, can no longer ignore the theatre his father bought in 1974, which launched the family empire.

What will be proposed for the derelict building and when is still anybody’s guess, but there are plenty of ideas floating around the community.

The local merchants' association wants more commercial space for Hochelaga Street as the strip becomes increasingly vibrant, while a tenants' advocacy group says the old building should be replaced by much-needed social housing.

As for the mayor, he envisions a residential complex with commercial space on the ground floor, but no matter what, he said the first step is for Guzzo to submit a plan.

“We are very open to having proposals from him,” said the mayor. “The citizens are tired. They just want a good project here. And I think it could be something good for the neighbourhood.”

Just this year, eight new businesses have opened on the street, according to Lessard-Blais, who attributes that economic resurgence to borough initiatives.

While the area shows signs of returning to its former glory, he said the building is “pulling the neighbourhood down.”

No matter what, it’s up to the building owner — not the borough — to come up with a plan, he said.