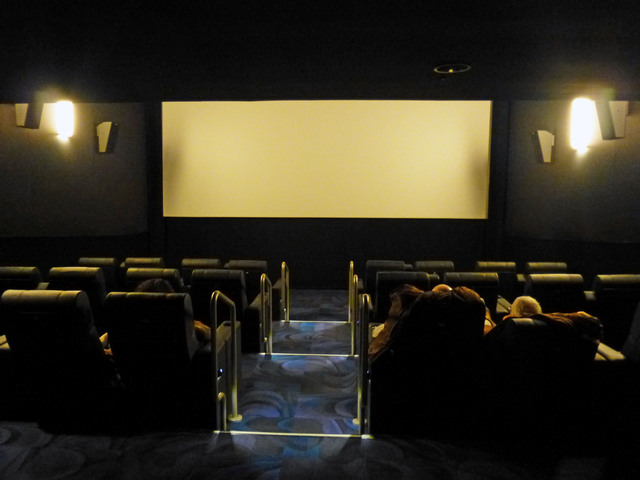 The address needs tobe changed to what lostmemory posted in his Sept. 18th 2008 post, so Google map tracks it right. Right now it tracks from Van Ness and Market Street area which is way wrong. The picture is right.

I went last night and took quite a few photos. I’ll post here when they’re up at Cinematour.

In my head — Cinematreasures = stories and anecdotes

Also — I have enough of a headache trying to keep Cinematour information up to date. If I spend too much energy getting photos to both sites I’ll go mad.

This opened with four screens on July 14th, 1995. Grand opening ad in the photo section.

From indiewire by Tom Brueggemann

Although no reason for the departure has been announced, sources suggest it was the landlord’s decision to not extend the lease after non-payment of rent. Landmark did not responded to press inquiries.

Built in 1995 and completely remodeled in 2014, the theater has been a major Bay Area player in first-run specialized exhibition and one of the most critical national locations. It is currently showing “Parallel Mothers” and “Jockey” (Sony Pictures Classics), “Flee” (Neon), “A Hero” (Amazon), “Belfast” (Focus), “Gamestop: Rise of the Players” (Neon), “Red Rocket” (A24), and “The French Dispatch” (Searchlight).

It’s not the sole A-list specialized location in the city; these include AMC at the Metreon and Kabuki, Cinemark’s Century San Francisco Centre, which played exclusive runs of platform titles, as well as Alamo Drafthouse’s New Mission. Neon confirmed that “The Worst Person In the World” will now open at the Kabuki. As recently as 2019, the Landmark theaters enjoyed a $67,000 opening weekend on “The Farewell.” It also played initial city runs of “Parasite,” “The Favourite,” and “Belfast.”

Eight markets host Landmark Theatres; this is at least the ninth Landmark theater to be vacated in just over two years. Among these are New York’s 57 West, Washington, D.C.’s West End, Houston’s River Oaks, Minneapolis’ Uptown Edina, St. Louis’ Tivoli, Detroit’s Main Art, and San Diego’s Ken. In 2018, prior to current owner Charles Cohen’s acquisition of the chain, Landmark closed the Sunshine in Manhattan as well.

Landmark retains the four-screen Opera Plaza in San Francisco. The theater had a major remodeling in 2019, but has been secondary to the Embarcadero for top specialized films. It currently is playing “Drive My Car,” “Lunana: A Yak in the Classroom,” “House of Gucci,” “Rifkin’s Festival,” and “Simple Passion.” They also have three locations in the East Bay and Peninsula.

“A Hero,” “The French Dispatch,” “Belfast,” “Gamestop: Rise of the Players,” “Red Rocket,” and “The Velvet Queen” were also showing today. The titles listed by m00se111 above are the first four listed, so perhaps the full page did not load for them? It would appear all 7 screens were open, given the showtimes. The last film to start was “Flee” at 7:55.

SF Chronicle Datebook article on the closing of the Embarcadero Cinemas after 26 years in SF.