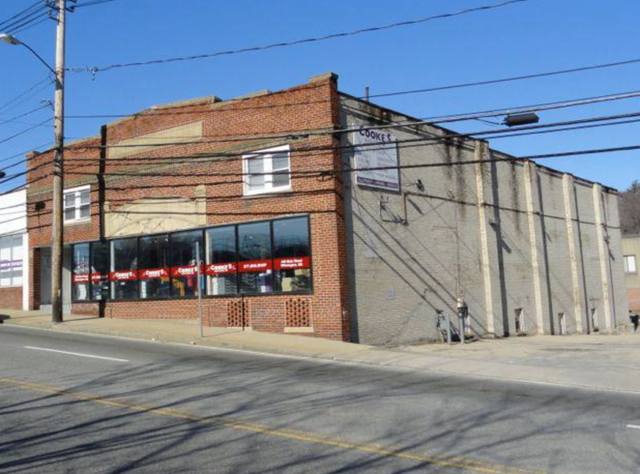 The Wilmington High School Class of 1961 has a reunion web site with a blurry photo of the theatre building, and a reminiscence of the theatre, including two better photos. It says the theatre closed in 1955.

This page says that Tunney’s furniture store later moved into the theatre building.

I don’t know the street address, but it is on the east side of Main Street (Route 38) just south of the intersection with Church Street (Route 62). You can see it from the train if you know exactly where to look.

The MGM Theatre Photograph and Report form for the Wilmington Theatre on Main St. in Wilmington has a facade photo taken in 1941. It is definitely the same building as in the recent color photos posted above. The theatre entrance was in the center, under the arch. In 1941, it did not have a marquee, but did have poster cases on each side of the entrance. The Report states that the theatre has been a MGM customer for 5 years; that it was built about 1925, that it’s in Fair condition, and has 400 seats, apparently all on one floor.

My son is doing a report on the Wilmington Theatre and we cannot find much information about it. Would anyone know the years the theatre was in business?