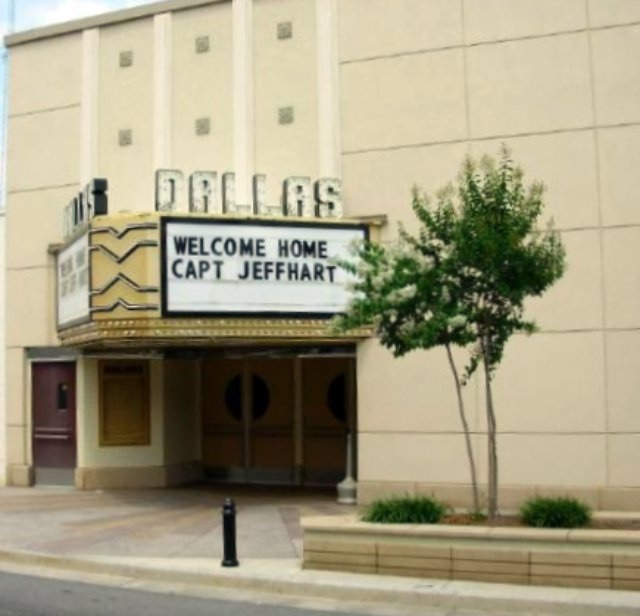 The Dallas Theatre located in Dallas, Georgia was openned in 1926. Originally named Strand Theatre, it was built by Wenndell Welch. The Strand Theatre was consumed by fire in 1948. In that same year it was replaced by the new Dallas Theatre. Later the Dallas was used as office space. In 2006 the city of Dallas restored their theatre to become a community arts center.

The theatre has not yet reopened but I was recently privileged to be able to attend a tour and the restoration is absolutely stunning and first class. They are in the final stages of the punchlist and the theatre should be open shortly.

The renovation of the Dallas Theater in Dallas, Georgia was completed in 2006. The facility will be owned and operated by the City of Dallas. Currently under construction is the Dallas Civic and Cultural Center which will be connected to the Theater and will share the dressing room facilities.

The theater seats 380 in the main auditorium and 191 in the balcony. The facility is designed for stage productions, movies, local civic events and as a public auditorium. Additionally, a new front lobby, A/V Control Room, Restrooms, Dressing Rooms, Service Elevator, and expansion space were built into the new facility. The mechanical, plumbing and electrical systems were all rebuilt as part of the recent updates.

The Architect for the project is Schneider Wright Inc., of Alpharetta, Georgia and the contractor is Juneau Construction of Atlanta, Georgia. Pictures of the renovated Theater can be viewed at www.schneiderwright.com

No showtimes online for this theatre as of December 21, 2008. Is this still open?