Raue Center for the Arts

Raue Center for the Arts (Official) 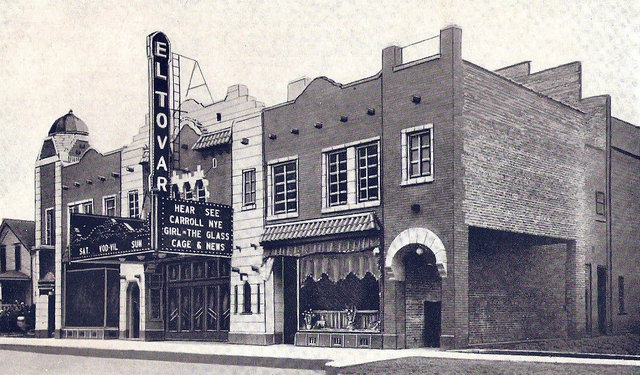 Opened July 25, 1929 as the El Tovar Theatre, this theatre was a welcome addition to northern Illinois as a movie and vaudeville theatre.

The interior, complete with dressing rooms and an orchestra pit, was designed in the Mission style and a spectacular pipe organ occupied its own loft close to the stage. It was closed in January 1952 to be remodeled and reopened as the Lake Theatre on February 14, 1952. In the 1980’s it was renamed Showplace 8.

The El Tovar Theatre reopened in 2001 as the Raue Center for the Arts. The renovation included expanding the stage and completely re-doing the stage house. The Mission style decorations have been retained.

Also, the Crystal Lake historical society notes that it was also named the Lake at one point and includes more info at View link

I think it was called the Lake in the 1950’s and 1960’s during a span when it only showed movies. Sometime in the 1970’s Rhyne Management bought the building and named it Showplace 8, which was a sister theater to the old Showplace 1-7 on Rte 14 near Rte 31.

I have an employee pay logbook from the 1950’s that I took out of one of the basements while I worked there in the mid-90’s. I also have part of the marquee that was hung out front “Downtown Showplace” in white and black letters, which was the incarnation before the massive renovation.

I was in the building this year and went up into the control room above the balcony. The original movie projector and film platters were still up there and functional, so perhaps they are still considering movies from time to time.

In the early 1950’s, the organ from this theater was purchased by Leon Berry and installed in his basement. One of the very first stereo album releases was “Leon Berry at the Giant Wurlitzer Pipe Organ, volume 3” released March 31, 1958 on Audio Fidelity records – AFSD, 5844.

I am a volunteer with the Raue Center and working on the theatre’s history. If anyone is willing to share photos, stories, etc., please let me know. And in reply to an old post by Warren Harris asking about the pronunciation – the name rhymes with “wow”

Thankss, Bruce C. Actually gave their group a tour and got some info from them. Just looked like some of the people on here had personal memories/info they might want to share.

The calendar on the theatre website has the showing classic films for members on a monthly basis. Function should be changed to: Movies, classic.

This Theater Apparently Replaced The Nearby Gem Theatre (1909 Until May 30th, 1929) Which Later Converted Into A Retail Modern Store Just Before The El Tovar Theatre Opened Later On July 25th, 1929.

The Gem Theatre Is Former Home To Operator R.W. Gracy Who Operated The Theater Since Early 1918 After He Closed The Nearby Crystal Theatre After An Almost 5 Year Run, And Being A Proprietor Of The Nearby Star Theatre Until Closing In March 1918 (2 Months After The Conductor Of The Star Theatre Passed Away In Elgin) After Winter Storms Slam Towards Crystal Lake, But Didn’t Damaged The Theater. The Gem Theatre However Closed After Christmas Week 1917 For 3 Months Due To The Severe Weather, But Reopened On March 23rd, 1918 And Continued Its First-Run Success Until 11 Years Later.

On Valentines Day 1952, The El Tovar Theatre Became As The Lake Theatre After Remodeling Since January 24, 1952.