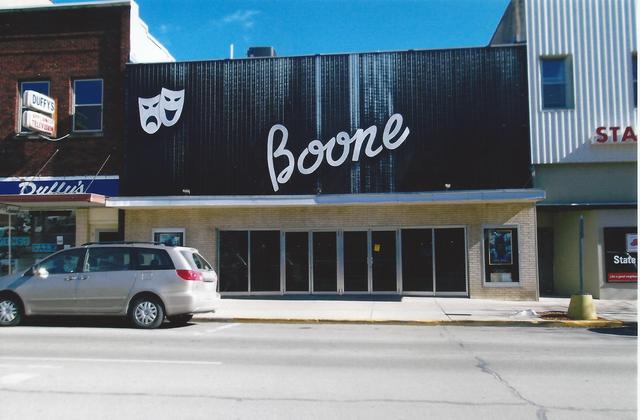 Opened in the late-1930’s or early-1940’s, this theatre holds about 600 people and has one screen. The Boone Theatre was operated by Fridley Theatres, a company that operated many Iowa theatres. It was taken over by the BigTime Cinema chain in around 2007. By 2014 it was operated by an independent operator.

Here are some photos from July 2004:
http://tinyurl.com/2thkov

According to the August 15, 1967, Carroll Daily Times Herald, the Boone Theatre opened to the public on Wednesday, August 16. The theatre was constructed after a September 1966 fire destroyed the Rialto Theatre which previously occupied the space. Seating at time of opening was 470, and the theatre was locally owned by the Boone Theatre Corp.

The Boone Theatre is no longer operated by Big Time Cinema, Their website