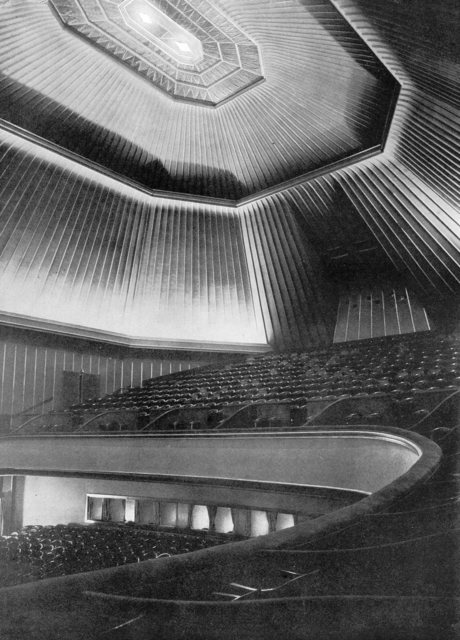 Located in the Charlottenburg district of west Berlin. Built next to the Ufa Palast am Zoo cinema and the Berlin Zoo, this famous cinema was designed by architect Hans Poelzig in 1925, opening with Charlie Chaplin in “The Gold Rush”. Seating was provided for 1,284 with 737 in the orchestra, 32 in loge seats, 405 in the front balcony and 110 in the rear balcony. It had a 50-piece orchestra and an organ.

It was destroyed by Allied bombs on 23rd November 1943 and today a parade of shops (built in the early-1960’s) stands on the site.