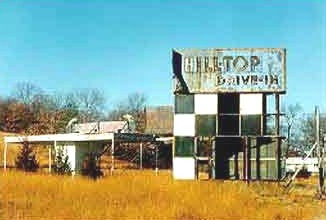 The Providence Journal reported on June 6, 1963:

Film Cut at Request of Town Councilman
An East Greenwich outdoor theater cut three scenes from a movie last night on the request of the town concil prsident after the police chief, several clergymen, and the secretary of the state Commission to Encourage Morality in Youth had previewed it.
(…)
The Hilltop Drive-In in East Greenwich cut three scenes from the film “The Seducers,” at the request of Arthur H. Aker, town council president, after Police Chief John F. Ryan reported to him on the preview which was held at the Palace Theater in West Warwick.

Mr. Aker…said Harry Erinakes, manager of the Hilltop, was willing to cut the scenes and that no pressure was brought to bear on the theater. He thanked Mr. Erinakes for his cooperation.

Mr. Erinakes said the scenes were cut before the opening performance last night.

Chief Ryan said later that the film was “strictly adult.”

Mr. Erinakes said it was agreed that the film should be restricted to patrons over 18, and that policemen hired by the theater would be stationed at the gate to enforce the rule.

Mr. Murray, who attended at the invitation of Chief Ryan, said he suggested that the opening scene preceding the picture title be left out.

Father Geddes referred to the “suggestiveness” of the picture and the scenes of violence. He said the picture was “too stimulating” for younger people.
(…)

According to their website, the St. Elizabeth Nursing Home is located at One Saint Elizabeth Way, East Greenwich, RI 02818. I am unable to Google Map it.

In reference to the theatre submitter’s comments — according to their website, the St. Elizabeth Nursing Home is located at One Saint Elizabeth Way, East Greenwich, RI 02818.

Thanks LM. I didn’t realize I hit “submit” on that first one. The address has been updated.