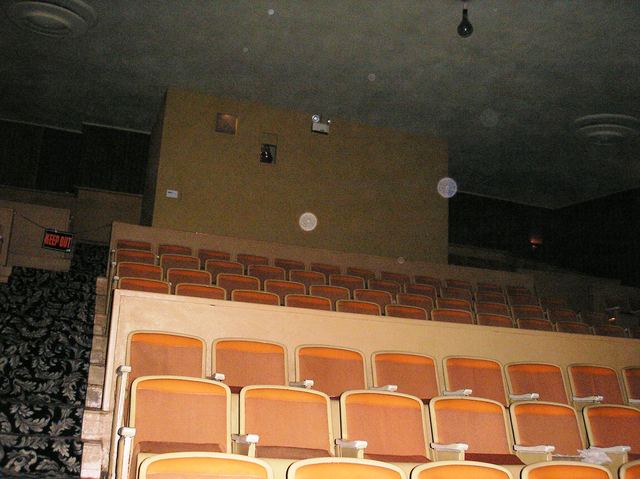 Originally named the Princess Theatre. By 1941 the Princess Theatre was operated by Auditorium Co., a subsidiary of the Nashville TN based Crescent Amusement Co. In 1948 it was remodeled to the plans of architectural firm Marr & Holman and reopened in May 1948 as the Capri Theatre.

The Capri Theatre is a royal treat. This theatre is a Streamline Moderne style delight, with many of the original amenities, such as the illuminated signs above the rest room door, the sleek steel railing on the staircase, ornate carpeting. The Capri’s staff is very friendly and keeps the place in great shape.

The Capri Theatre has fantastic marquee that puts on its own show beginning each evening at sunset. The balcony auditorium is equipped with stadium seating and the main auditorium features plush rocking chairs.

The Capri Theatre is operated by the owners of the Montana Drive-In, Estill Springs, TN.

Here is a current photo of the Capri: View link

The Princess Theatre was designed by the Nashville architecture firm Marr & Holman.

This house was either opened or reopened in 1948. The October 6, 1945, issue of Boxoffice said that J.C. Tune had hired Marr & Holman to prepare plans for a complete rebuilding of his Princess Theatre at Shelbyville.

Then the March 2, 1946 issue of Boxoffice had carried the following notice: “Last rites were held in Shelbyville, Tenn. for J.C. Tune, who operated the Princess there.”

And then Boxoffice Magazine’s issue of November 13, 1948, carried a brief announcement that the new Princess Theatre in Shelbyville had recently opened after seven months of construction. The seating capacity was given as 800. The owner-manager of the house was named J.T. Tune.

A J.M. Tune is briefly mentioned as the operator of the Princess and of the 41 Drive-In at Shelbyville, in the March 24, 1958, issue of Boxoffice.

The Tune family’s operation of the Princess came to an end by 1968, according to an item in the January 22 issue of Boxoffice that year. It said that Morton Tune had sold the house to Fred H. Massey, president of Masco, operators of the Belcourt Cinema in Nashville. Massey planned an extensive remodeling of the Princess, with the plans to be done by the original architectural firm, Marr & Holman.

I can’t find any references to the Princess in Boxoffice, or anywhere else on the Internet, earlier than 1945, so I have no idea how long the place was around before the 1940s rebuilding, but if it needed a rebuilding then I’d guess it was already pretty old.

Thanks for the photos.

Does anybody have a picture of this theatre when it was the Princess? My family operated a funeral home in Shelbyville and we used to visit there. The Princess marquee and vertical was beautiful, loaded with neon.

Name change to Capri Theatre was May 1968. Multiple images added.