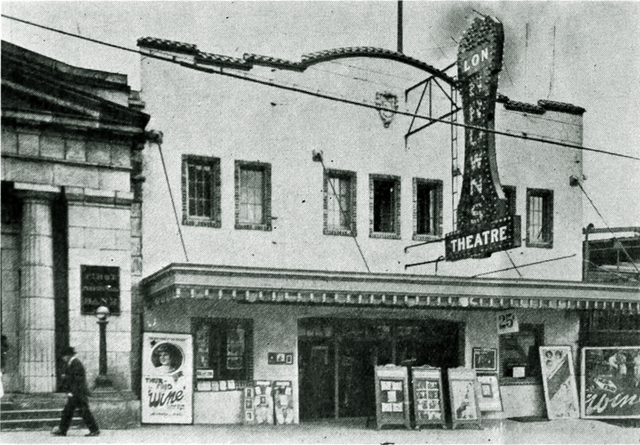 Grand opening time in October of 1924 for Lon Brown’s Theatre owned by — of course — 15-year film business vet Lon Brown. The public got to vote on the name of the theatre and that’s what won. Here, the film shows “Wine”.