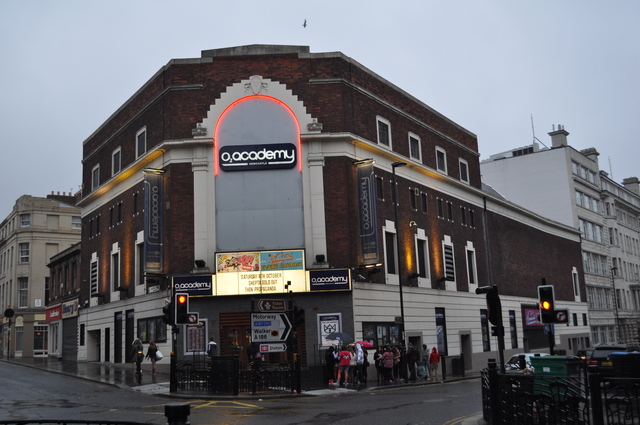 Located on Westgate Road at the corner of Clayton Street, this opened on the site of a previous cinema the Picture House which opened in February 1912 and closed on 5th March 1927 (it has its own page on Cinema Treasures).

The New Westgate Cinema seated 1,870 and showed its first film, Olive Borden in “The Monkey Talks” on 31 October 1927. Seating was provided for 1,145 in the stalls and 725 in the circle. The interior was Roman in execution with fine Italian furniture. The cinema was taken over by the Gaumont British Theatres chain in February 1928 and in 1929 a 2Manual Wurlitzer theatre organ was installed, which had been in the Castle Hill Theatre, Bronx, New York, USA.

There was a small stage, famously occupied by the Beatles for three performances in 1963. However for most of its life it played a subservient role to other cinemas in the town. Following rationalisation of the Odeon and Gaumont circuits the Gaumont closed on 29th November 1958 with “In Love and War”. The Wurlitzer organ was removed at this time.

It then became the Majestic Ballroom from 26th February 1959, and later a bingo club. In 2005 AMG had acquired the building and restored and re-opened it as the Academy, the tenth in their chain of music venues.

I know the place well. It was affectionately known just as the ‘Maj’ in the Ballroom days. As a cinema it had a very steep projection rake of 26 degrees (though that was way before my era).

It would be nice to have a look around again though. I only live 8 miles away!