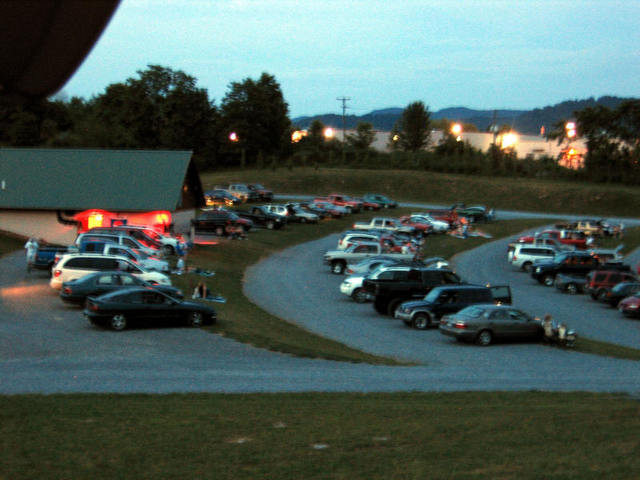 The Park Place Drive-In is a relatively new drive-in theatre opening in May of 2000 on the site of the original Park Drive-In (1954-1983). This single screen drive-in has a capacity for 240 cars.

The Park Place Drive-In has made the conversion to digital projection & sound.

Apparently this was the location of the old Park Drive-In, which Virginia.org says was open 1954-1983.

The 1955-66 International Motion Picture Almanacs listed the owner as W. Mackenzie, eventually adding the capacity of 200. The Park fell off the IMPA list after 1976 and did not return.

Jerry Harmon opened the Park Place on the site of the old Park in 2000 and still owns the complex today.