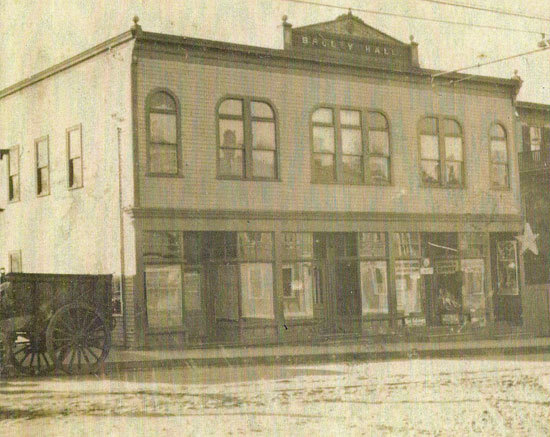 This theatre was located in the center of the village of Centredale, part of North Providence. The point where the theatre must have been seems to be a vacant area, with the local post office located down behind it. The theatre was listed in city directories from 1922 and 1924. Additional information would be appreciated.

The Providence Evening Tribune of September 1, 1923 has an ad including a Centredale exhibitor called Centredale Worsted Mills as being part of Paramount Week with a showing of the film Moran of the Lady Letty. Could that have been the same place as this theatre? Or a place called the Strand in Centredale? Or were they all the same place? Or was this merely a mill showing for workers and their families?
PARAMOUNT WEEK AD

The building that housed this theatre (on the second floor) was called Broley Hall. Today it is occupied by Our Place Tuxedos and Uniforms. The Casino was the first cinema in Centredale.