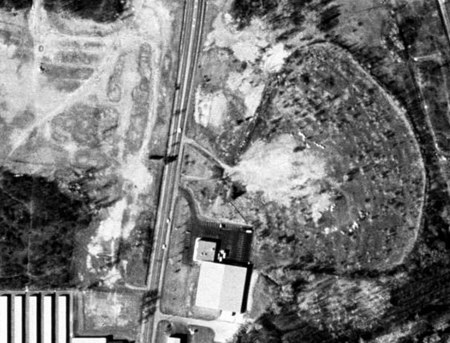 After a long time as a vacant lot, it’s now the site of a bus garage.