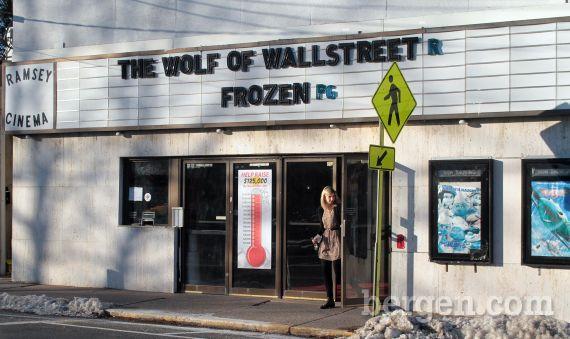 The Superba Theatre was opened in 1918. It was renamed Holly Theatre in the 1920’s. In January 1936 it was renamed Ramsey Theatre and was listed with 380 seats. It was closed in 1952. It reopened as the Ramsey Cinema on June 3, 1960. This cinema became a twin in October 2001 showing first run movies. The Ramsey Cinema was closed on August 19, 2013. Renovations were carried out and digital projection installed. It reopened on January 8, 2014. It was closed on March 16, 2020 due to the Covid-19 pandemic. It was announced in September 2020 that the closure would be permanent.

There will be a Kickstart campaign starting on October 1st to re-open the theater! I will post a link when it becomes available if anyone is interested.

Here is a link to the kickstarter campaign to re-open the cinema! http://www.kickstarter.com/projects/ramseytheatre/bring-back-a-beautiful-new-and-digital-ramsey-thea

Lindsey B, I click on your link and nothing happens. Usually links that work show up blue on the page.

The kickstarter campaign successfully raised the funds and they have begun the renovation process. They are hoping to re-open by mid-December.

On December 27, 2013 New Jersey Public Television (NJTV) reported that the theater will reopen in January 2014.

The newly renovated “Ramsey Theatre” reopened on January 8th, 2014. Still two screens, 83 seats in one, 114 in the other. All digital now.

Vincent Trainor launched the Superba Theatre in 1918. In the 1920s, the theatre changed names to the Holly Theatre. As theatres converted to sound, the owners of the Holly were charged with setting fire to their own theatre though the fire only damaged the building. The Holly got new owners, was repaired, and equipped for sound in the rebranding as the Ramsey Theatre in January of 1936.

During the early days of television, the theatre reduced to just Friday-only operation before closing in 1952. The theatre relaunched as the Ramsey Cinema with widescreen presentation on June 3, 1960. In September and October of 2001, the theatre was closed while it added a second screen becoming a twin-screen operation on November 16, 2001.