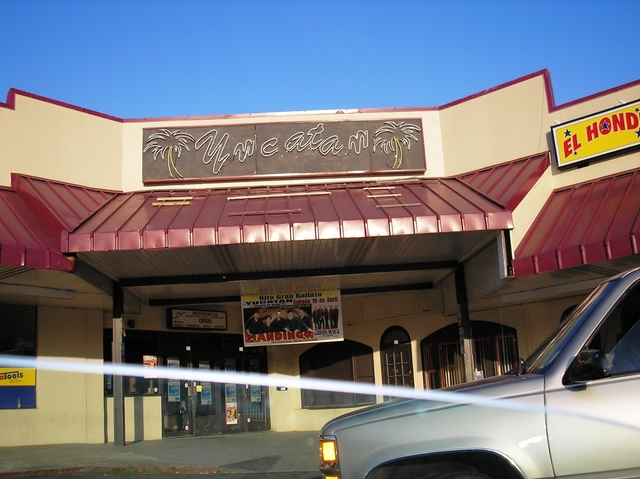 The theatre was constructed as the largest and last of the Minicinemas in 1973. Operated by Modular Cinemas of America the architects were Thompson & Hancock of Atlanta.

Situated in the Franklin Plaza Shopping Center, it became part of the Weis Theatres circuit on May 23, 1975 and was renamed Cinema 75. Not too bad of a venue. Screen size and seating varied among the auditoriums as par with the design of triplexes during the 1970’s, large, medium and small. It became the AMC Franklin 3 on May 9, 1980, it was closed in 1989. It reopened under independent operators in 1992 and finally closed in 1995.

The Cinema 75’s 25-week first-run engagement of “Star Wars” began the week of July 1, 1977. Long story short, DaveNewton: you could not have seen “Star Wars” here in early June.

I can’t remember how long after my 16th birthday I got my license, but I doubt if I waited close to a month, although I suppose I may have. Where did you get your info, MichaelCoate?

Well, for starters, DaveNewton, I possess a list of all of the first-run bookings of “Star Wars,” complete with starting date, theater name, number of weeks it played, projection format, etc. So, for those Cinema Treasures readers who haven’t been able to put two and two together, this is how I’m able to call up so much precise info on that film in my comment postings here.

To answer your question specifically, simply reference microfilm of Atlanta area newspapers and you’ll see that “Star Wars” didn’t open in the Atlanta area until the date I cited in my previous post.

(“Star Wars” actually opened in the Atlanta market on a Wednesday [June 29]; the July 1 date I previously cited represented the Friday of the film’s first week.)

It may be difficult to believe that a popular movie such as “Star Wars” took as long as it did to get to a market the size of Atlanta…but that’s how the biz worked back then for some films. Except for a mid-June opening in Fort Oglethorpe (a Georgia/Tennessee border city arguably a part of the Chattanooga market), no theater in Georgia played “Star Wars” until its sixth week of release.

Thanks for the info. My memory’s a bit fuzzy after 30+ years, and it is possible that I didn’t get my license until late June or early July (now that I think about it some, I do recall having to bug my dad a lot to take me to go get my license…but almost a month? Jeez!)

I definitely know that seeing STAR WARS was the first drive I took after I got my license, and it had been playing in Atlanta for at least a couple of days already, because one of the friends I saw it with had already seen it. I saw it on a Saturday, so it must’ve been July 2. Wow, its nice to know the exact date…funny how details like that get smudged in your brain over time.

Maybe Mike Rogers will have somemore info on this Georgia theatre.

I don’t have anything on that theatre.

Showing in one advertisement as “Wayne Theaters” in March of 82.

When this theater was part of the Weis chain, it was a sister theater of the Arrowhead theater.

Drove by last week, the entire shopping center has been demolished.