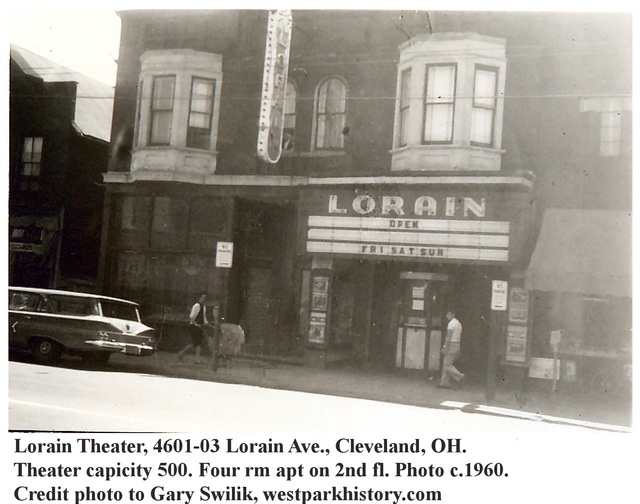 This was a very small theater located on Cleveland’s West side. It opened as the Lorain Theater prior to 1923. It had no marquee, just a reader board flat to the building. Last operated in the 1970’s as the Denmark Theatre, an adult movie theatre. Anyone who has information on this theater please post.

I believe the building was taken over by a local private high school who used it as classroom space. I remember seeing “Max Dugan Returns” there in the late 70s or early 80s. I think it was the first movie I ever saw at a theater!

Yes, you are right! I was thinking of the Variety Theater at West 117th and Lorain. I grew up right in that area (my childhood house was on Fortune Ave., a 5 minute walk from that location).

If anyone has photos of any of the theatres that were on Lorain Ave, I’d love to see them.

Thanks for the photos

I live around the corner, and I’m curious about interior and exterior photos, both historical, and current. Thanks!!!