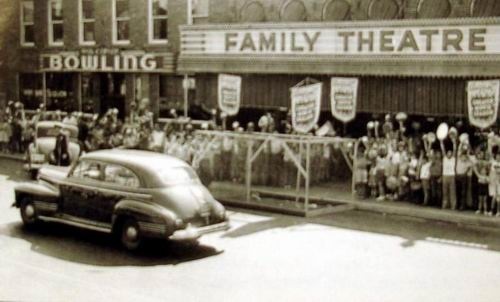 The original Family Theatre opened in 1917 and was located on Front Street. A new Family was built in 1929 directly across the street from where the Monroe Theatre would be built eight years later. The theatre went dark in 1959, and then reopened in 1961 as the home for the Monroe Community Players. The theatre was destroyed by fire in 1975.