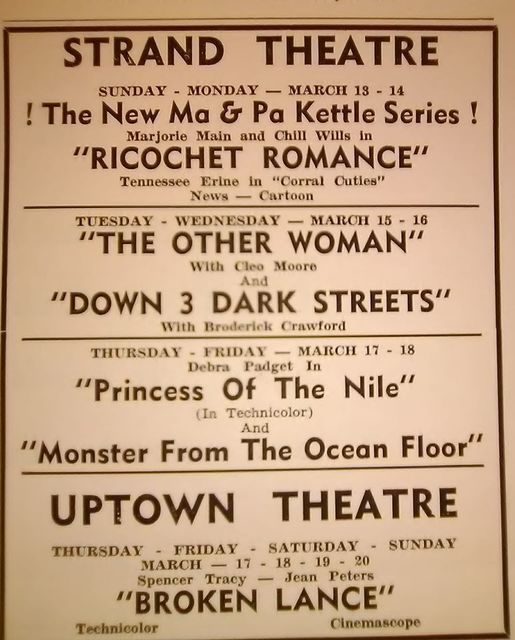 The Strand Theatre was located on W. Main Street at 1st Street in Fairfield. It opened in 1935. It operated until it was destroyed by fire in 1995.

The Strand Theatre was a single-screen downtown cinema that operated without interruption until fire destroyed it in the late 1990s. My mom took me to see my first-ever movie there: Willy Wonka and the Chocolate Factory at a special Saturday daytime screening during the Easter season. I also saw my first R-rated movie there (The Blues Brothers). When I was a frequent patron in the mid-1970s through the mid-1980s, it ran one new movie every week on Friday, Saturday, Sunday, and Monday nights. Soda was served in small cups without ice, and one could order a “suicide” mixture of all the flavors combined into one.