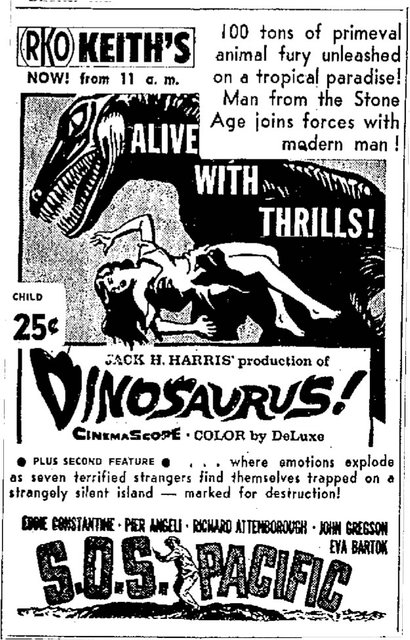 B.F. Keith’s Theater was a typical small city vaudeville house with a very large stage house, pit, orchestra level, and two balconies, plus a mezzanine. It was opened by 1911.

The Disney movies always came to Keith’s Theatre, so it was a particular favorite of us kids. I remember that painted on the canal side of the building was the sign, “B.F. Keith’s, the house of perfect sound…VITAPHONE”.

After it closed in 1963 it lay abandoned for years. After a brief stint as headquarters for a short-lived, semi-pro football team in Lowell, it suffered a major fire, was torn down in 1976, and paved over for parking. Its front office building survives with Jimmy’s Halal Fried Chicken occupying the first floor and apartments in the upper two floors.

Here are a few then and now shots of the theater
http://www.pbase.com/jroy/low_keith

After reviewing the useful notes above, I would like to ask whether cinema treasures' patrons might be able to verify the photograph you can see here of a B.F. Keith’s Theatre at:
View link
Is this probably the Keith’s in Lowell, MA? The photo was made I believe between 1928 and 1931. I’ve been through all 12 Keith’s Theatres listed on CT, so if it is not the one in Lowell, would site visitors have any idea which Keith’s it might be? A photo of the Lowell Theatre between 1913 and 1941 might resolve the riddle! Many thanks in advance.

My guess is yes, it is Lowell. The building looks to match the one in the postcard of Lowell from 1913 though the marquee had obviously changed by the ‘40s. Great shot, thanks.

Thank you! Then the ‘chaperone’ site visitors can see here: http://www.inesitadasilva.com/images/1930sUSA.jpg also stood in front of the Lowell Theatre. Thank you for helping to confirm another theatre my grandmother visited during her Vaudeville career!

I-Silva- yes, it appears to be the Keith’s in Lowell. The marquee is not the same as in the 1941 MGM Report photo, but the windows above are the clue. The large center window is the same, with small windows on either side. Look at the photos which JV Roy posted above on April 14, 2010.

B.F. Keith’s Theatre was among the Lowell theaters in a long list of theaters and halls in Massachusetts which received licenses in the 12 months ending Oct. 31, 1914. Other Lowell theaters on the list were the Academy of Music, Merrimack Square Theatre, Lowell Opera House, and the Playhouse. Plus some function/fraternal halls.

This item from the January 22, 1910 issue of Moving Picture World might have been about the house that became Keith’s: “Lowell, Mass.— Another moving picture theater is being erected here, at Bridge and Paige streets, for Alexandra Straus.”

I’ve been unable to find out anything about Alexandra Straus, but perhaps she lost control of the project before it was completed, or perhaps soon after it opened, as this page about the histories of some of Lowell’s movie theaters says that Keith’s operated at this location from 1911 to 1963. The page also says that the building was demolished in 1976.

I suspect Keith’s is not the theater alluded to. Keith’s was built by B. F. Keith himself and opened as such. It was constructed as a Vaudeville house, on Bridge Street.

Literally both theatres were at “Bridge and Paige”. The Merrimack was knocked down in the mid-50’s, Keith’s persisted till ‘63. Keith’s was the superior house because it had a full professional stage, and, on occasion hosted a travelling Broadway show, such as “Life with Father” in the 40’s.

Incidentally, I tried everything I could to persuade U. Lowell (nee Lowell State) to buy the Keith for its music and theater programs. No luck!!!