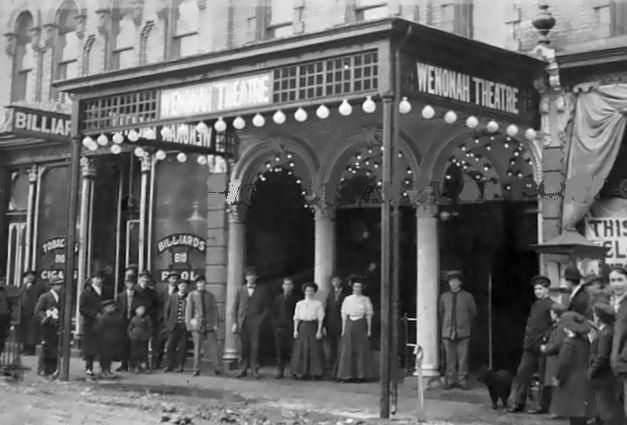 This lawsuit discusses some of the parties involved in ownership of the Wenonah in 1930:
http://tinyurl.com/uf48b

The Wenonah Theatre was damaged by fire and reconstructed in late 1917, according to an issue of Michigan Film Review from early November that year. The house reopened on December 22, according to a later issue of the magazine.

The November 13 issue of the same magazine mentioned a Davidson Theatre in Bay City, a new house which was expected to be opened within 30 days. The house not yet listed at Cinema Treasures, unless it is under a later name and missing the aka.