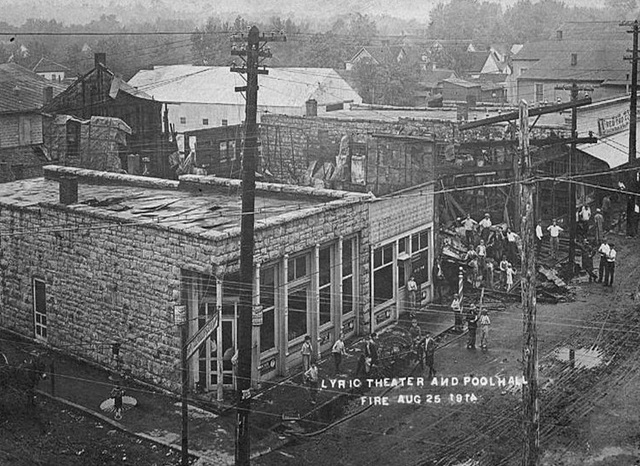 The town of Bonne Terre with a population of a little under 4,000 residents had two major theatres in its heyday, the Lyceum and the Lyric. The Lyric was located on East School Street a couple blocks from Main Street. I couldn’t find a time line on the Lyric but it has been closed and demolished for decades.

The most notable feature of the Lyric was its front facade with its rounded archway over the entrance. There was a diamond over the archway with a large L in the middle.