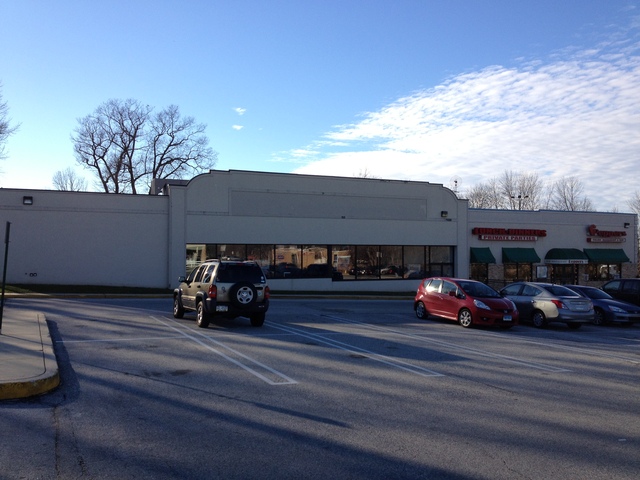 The King Theatre opened June 26, 1963, by Sam Shapiro as the first theatre for the Sameric Theatres chain. This theatre was located in the Valley Forge Shopping Center in King of Prussia.

In 1973/74 the theatre was twinned. In 1988/88, four screens were built in a adjoining building in the shopping center, resulting in the name change to Eric King & Queen 6 Theatre. In 1988, United Artists acquired the Sameric chain, still calling the theatres Eric Theatres until 1991.

In 2000, The UA Queen 4 Theatre was closed when the UA King of Prussia Stadium 16 and IMAX Theatre opened.

I’ve added an exterior photo of a theater named King from a collection of Eric theater photos. Is this photo correct for this theater?

I would assume it is correct. AFAIK, The King Theatre/King Twin was the only Eric Theatre that did not have the “Eric” name on the theatre itself.

Despite having lived fairly close to this theater, I only remember going here a handful of times. I know I saw the Special Editions of Star Wars and the Empire Strikes Back here. I also remember seeing Operation Condor, Cape Fear, and Tales from the Darkside here. It wasn’t a bad cinema and it wasn’t a particularly spectacular one either.

That newspaper ad is proof that this theatre was opened as a Sameric Theatre.

Today, most of the King Theatre site is now a parking lot next to the Marshalls (former Food Fair) location.

The main entrance to the King Theatre was in the back of the building, with shops on the front facing DeKlab Pike

I see that a posting I put here several years ago has been removed. I think there is some confusion. The original King Theatre was on the opposite side of the parking lot from what was later called the King & Queen 6. They were two separate buildings in two different locations. The original King was opened as a Jerry Lewis theatre. He attended the opening and there was a plaque in the floor of the ticket lobby that stated such. Shapiro became involved after the Jerry Lewis theater concept failed (they only played family films). Then it was renamed the King. It opened as a single-screen theatre. I went there often in the 60’s. Saw “Dr. Strangelove'” “The Haunting,” “The VIP’s” just to name a few. It was twinned in the early 70’s. That ruined the theatre IMHO. Saw “The Sting” there in 1973.

lushwoodland: I don’t doubt that the original King Theatre was in a different building than the Queen Four, but the King could not have been a Jerry Lewis Cinema when it first opened. Mike Rivest has uploaded to this theater’s photo page the King Theatre’s grand opening ad from June 26, 1963, and the ad displays the company name, Sameric.

There is also the fact that the entry for King of Prussia architect David Dean Freeman in the 1970 edition of the AIA’s American Architects Directory lists the King Theatre as one of his projects (it is listed as a 1965 project, so that is either a typo- these are not unknown in books as enormous as the AIA directories- or Freeman merely designed some alterations for the theater two years after it opened.)

Network Cinema Corporation and Jerry Lewis didn’t even form their partnership to create Jerry Lewis Cinemas until 1969. I don’t know when the King of Prussia Jerry Lewis Cinema opened, but I doubt it was any earlier than 1970. Most of the company’s houses were opened in the early 1970s, some of them as single-screens, more of them as twins, and a few as triplexes.

Presumably, it was when the Jerry Lewis operation failed later in the 1970s (the company was gone by the end of the decade) that Sameric took over the King of Prussia location and began operating it, renamed the Queen, as an adjunct to the King Theatre. What happened after that I don’t know. I wasn’t there and I haven’t found any articles about it on the Internet.

But I can guess, based mainly on the theater’s nomenclature (lack of solid information has never stopped me from making guesses, as I’m sure everyone at Cinema Treasures knows.) At some point Sameric took over the Jerry Lewis location and renamed it the Queen (it would not have made sense for them to renamed the Jerry Lewis the King and rename the King the Queen. Moving the signage alone would have been costly, and there was nothing to gain from it.) The King was twinned, either before or after the Jerry Lewis was taken over, and at some point two additional screens were added to the Queen twin, and the entire operation went by the name King and Queen Six until the twinned King was closed, after which the former Jerry Lewis location with its two-screen addition operated as the Queen Four. This is the only explanation that really makes sense to me.