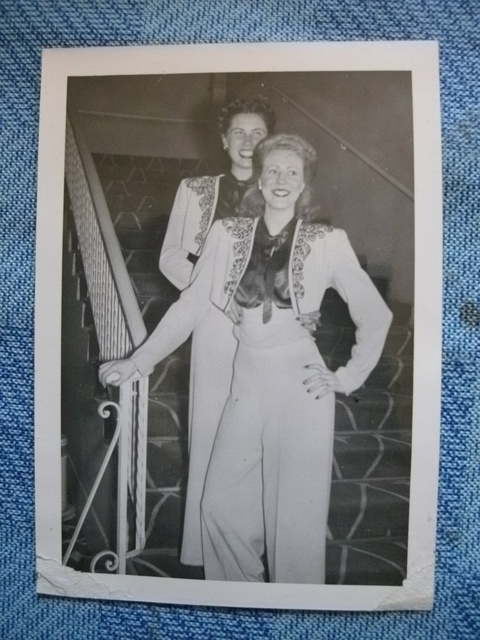 The El Camino Theatre opened December 28, 1928. Its exterior style had much in common with other theatres designed by James and Merrit Reid during the latter years of their career. Echoes of theatres designed just before and just after the El Camino could be seen. The facade featured a square tower with four tall and narrow arched windows, topped by a triple-stepped ziggurat-like structure with a flagpole. The marquee was the same width as the tower, and a neon-lit vertical sign was centered between the two center arched windows. On either side of the tower, and finishing out the width of the street frontage were retail spaces, with a single floor of windowed office space above.

As the theatre occupied one corner of Fourth Street and Lootens (fronting on Fourth), the entire East wall of the auditorium was visible along Lootens, and was therefore given a simple decorative treatment of shallow arches along the uppermost section of the wall. Some simple decoration was also featured on the Lootens Street end of the fly tower.

The interior featured a large lobby complete with a double stairway. Murals were a prominent feature throughout, as were gold and red tones. The cost of this ornate showplace ran at a quarter of a million dollars. There was a loge section, and patrons were treated to the sounds of an organ.

Following a 1937 fire, the Orpheus Theatre down the Street–also a Blumenfeld operation–was given a deluxe Moderne makeover by architect S. Charles Lee and was renamed the Rafael Theatre. It became the deluxe house in town. By 1953, it was decided to close one of the theatres, and the El Camino was chosen due to its higher operational costs.

Meanwhile, a large Moderne style department store had been built immediately next door to the El Camino. After the closing of the El Camino, the theatre was partially gutted, and the facade tower demolished, and a new stucco veneer applied all the way across the front and around the corner at the height of the original second floor office wings. The exterior shell of the auditorium proper was left virtually unchanged, with its flat arches and moldings running along the top, and the fly tower bearing obvious witness to the building’s original function. The department store was expanded into the former theatre.

In around the late 1990s the department store, by then long occupied by Macy’s, closed and was subsequently demolished. The theatre structure however, remained, and was once again remodeled, this time being incorporated into the ambitious housing and retail complex built on the site of the Macy’s building and its accompanying parking lot.

Today, even after all these changes and even with the Lootens Street facade now cut-through with windows, one can still see the fly tower and the still extant original flat arches. A closer investigation however, reveals that at least a portion of the theatre’s interior survived the 1950s department store conversion, and likely slept-away the decades partially intact until the recent remodeling. A bank now occupies a new space right at the corner of Fourth and Lootens. Mounted into its ceiling is an original salvaged and relocated plaster rosette–original paint intact–of a catalog design frequently employed by the Reids in their theatre designs. From it hangs a functional, though unrestored Moderne chandelier from a remodeling the El Camino underwent in the 1930s.

This writer hopes that someone photodocumented the surviving portions of the interior before the recent remodeling. If one rosette and chandelier had survived, surely there must have been more, and any information concerning this would certainly be appreciated.

Meanwhile, the beautifully restored and remodeled Rafael Theatre down the street continues on as the Rafael Film Center, and is WELL worth a visit.

I would like to gratefully acknowledge the booklet, “San Rafael and the Movies” by Arthur Kusnetz and Leslie Simons. Information from this publication, combined with my own onsite observations over the years as well as personal experience with other theatres designed by the Reids, comprises this profile.

I crawled up in 2000 right before they gutted it and got a nice 5 minute video. Some nice elements left.

This building now houses the California Film Institute which owns the Christopher B. Smith Rafael Film Center down the street and runs the Mill Valley Film Festival, now in it’s 30th year. The theater may be gone, but the spirit is still there.

to “sreder”, you are thinking of the Rafael theater up the street – The El Camino building (still in exsistance) housed JCPenneys and now has Mechanics Bank on the first level – backside has been gutted on the ground floor for parking and there are offices and living quarters on the upper level