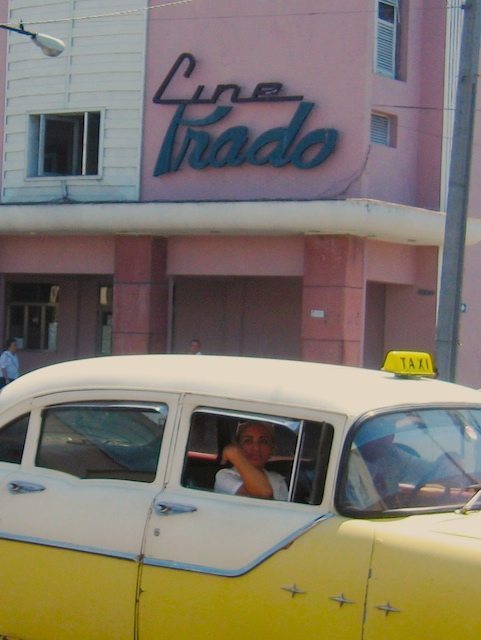 The Cine Prado is located on Calle 37 on the Paseo del Prado at Avenida 54. It was opened on July 19, 1913 as the Tivoli Gardens. Later renamed Cine Abanico and then Cine Prado.

I purchased a postcard of the Prado around 1921 which I scanned and put on my Flickr stream: View link

I’d say it’s from it’s opening year, this is when postcards are usually made of cinemas, although of course it could be older. I date it at 1921 since that is when THE KID (which is advertised) is released. Who knows which film that Viola Dana stars in could be translated as ‘Millonaria por una hora’ (millionaire for an hour) from around that era?

I wonder if Castro ever goes there?

I bet he has his own private cinÃ©.