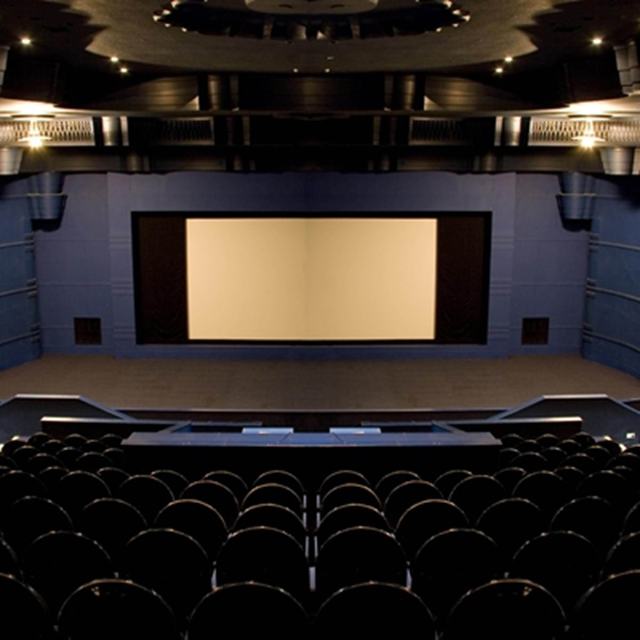 Located in the east London district of Mile End, near Stepney Green Tube Station. The Empire Cinema was built on the site of the former Paragon Theatre of Varieties/Mile End Empire which had opened in May 1885, designed by Frank Matcham and had a seating capacity of 2,000. Later taken over and converted into a cinema first by the United Picture Theatres chain, then by Associated British Cinemas(ABC), it was closed on 3rd April 1938 and immediately demolished.

The new Empire Cinema was built on the site for Associated British Cinemas (ABC) and designed by their in-house architect William R. Glen in an Art Deco style. It opened on 12th June 1939 with Dennis O'Keefe in “Burn ‘Em Up O'Connor” and Lynne Overman in “Persons in Hiding”.

The small entrance was faced in white ceramic tiles and only had the Empire name and a slim canopy the relieve it’s plain façade. Inside the foyer was a large space which had a double staircase leading to the circle. The decorative treatment of the auditorium was a series of inverted steps with scalloped edges in the ceiling and horizontal bands on the side walls.

The ABC Mile End was the scene of a Royal Premier of “Sparrows Can’t Sing”, when Lord Snowden and numerous film stars including the star of the film Barbara Windsor attended. H.R.H. Princess Margaret was due to attend but was indisposed. The ABC was tripled from 9th September 1973 and the façade was re-clad at this time as well as the entire cinema receiving a make-over. It was purchased by Cannon Cinemas and re-named Cannon in 1986, but by October 1986 it had been purchased by the independent Panton Films circuit and re-named Coronet Cinema.

It closed in March 1989 and the building lay empty and derelict for over 10 years, during which time it went through the ravages of a small fire started by vandals and became a home to pigeons.

A local man Tyrone Walker-Hebborn saw the potential of the building and as there were no cinemas in the area and cinema audiences were picking up, he purchased the building and set about a 3 million Pounds conversion and renovation into a five screen cinema, saving as much of the original decorative fabric of the building as possible.

The original circle area still remains the main screen, with the two former minis under the circle in the rear stalls and a further 2 screens added in the former front stalls. Film star Barbara Windsor was invited to open the Genesis Cinema on 5th May 1999 with a screening of Clint Eastwood in “True Crime”. It continues to serve the cinematic needs of the East End of London.

A 2003 photograph of the Genesis Cinema:
View link

An excellent set of vintage photographs of the Empire/ABC/Coronet:
View link

This cinema was to be advertised as the ABC at Mile End but was a few yards from Stepney Green Station I am still confused.