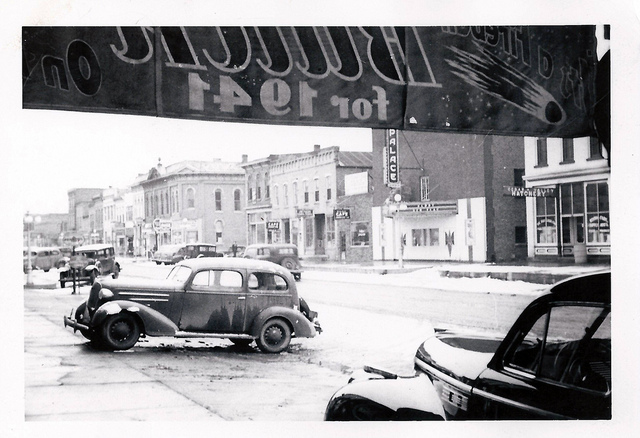 The Palace Theatre in Vinton, Iowa opened on October 14, 1915 as a silent movie theater and was also used for live performances. Original seating was around 500. Over the years this theater survived fires and was remodeled numerous times.

The Palace Theatre closed in 1972 and the building was used for retail purposes including a bakery, a game arcade and a gym. On Dec. 1 1997, the building was purchased by the Area Community Theatre Inc. The theater was renovated again and is now used as a movie theater and a theater for house plays by ACT I of Benton County.

VINTON â€" Announcement was made Tuesday by Ernest D. Kammerer, manager of the Vinton Palace theater since 1946, that the theater will be closed after Tuesday night’s show, “The Diary of Anne Frank.” Lack of patronage was given by Kammerer as the reason for closing the theater.

Closing of the movie house marks the first time Vinton has been without a motion picture house in more than 50 years. The Palace Theater is the property of Earl W. Kerr of Pine, Colo. He bought the theater in 1943 from the late H. S. Waldorf. The large brick building on West 4th St. occupied by the theater is the property of Berl G. Alcorn of Vinton. No announcement has been made as to what will be done with the building.