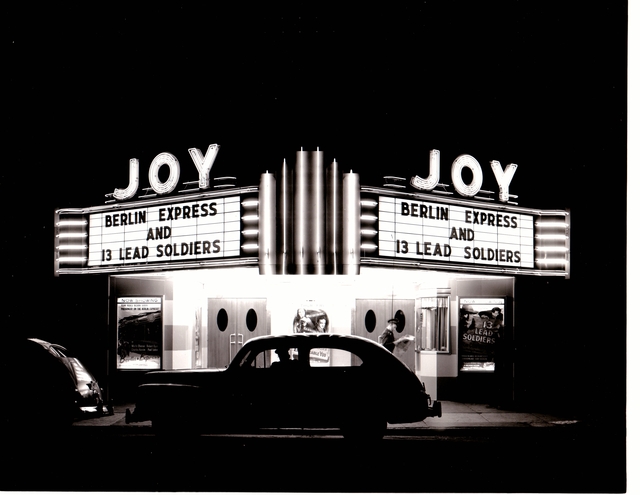 Opened as the Cameo Theatre in 1928. In 1932 it was renamed Joy Theatre. It had an unusual side box-office. Originally it had a vertical sign and a canopy similar to many other neighbourhood theatres, which was replaced by a Vitrolite front and a triangular marquee. The display, though small, was striking. The Joy Theatre closed in 1958. No trace remains.

My father, who is 91 years old, grew up in South Memphis near the Joy Theater. Actually, when he was a patron in the early 1930s it was called the Cameo Theater. A friend of his, Sonny Drane, was one of the “ticket takers.” I’m 61 years old and I remember seeing movies at the Joy in the 1950s.

David Bowers' “Encyclopedia of Automated Musical Instruments” p.551 lists a Reproduco organ installed at the Cameo Theatre, Memphis. There is no date, but certainly before 1930. Reproduco built hundreds of photoplayers for theatres in the silent movie era: half-player-piano/half pipe organ/half sound effects machines.