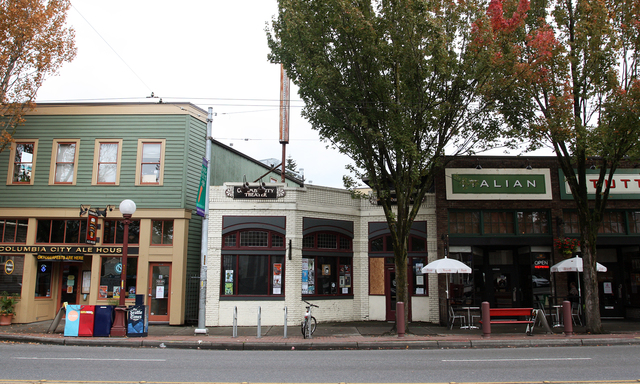 The Columbia Theater opened around 1923. In its last use as a movie theatre it had been renamed Rainier Cinema, screening adult movies.

Since closing, the front of the former theater was used by the Columbia City Gallery, and is now a restaurant. The auditorium was used as a recording studio and is now a cabaret space.

Here is a 1957 photo of the Columbia:
http://tinyurl.com/pnxhd

COOL THAT THE PLACE IS STILL BEING USED.TOO BAD THERE ARE NOT ANY OLD PICTURES,BUT THE NEW ONES LOOK LIKE THEY HAVE KEPT THE HOUSE UP!

Here is another vintage photo:
http://tinyurl.com/yzo6jhx

Thanks for the new old photos.