Tower Theatre for the Performing Arts

The Tower Theatre for the Performing Arts 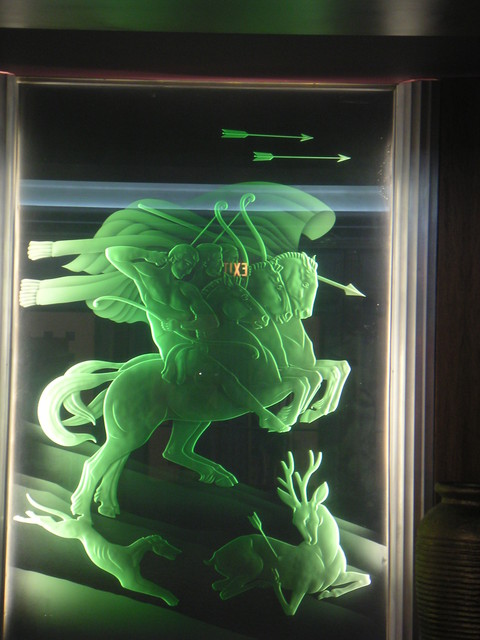 The Tower Theatre opened with a premier showing of Nelson Eddy in “Balalaika” for a private party of local dignitaries, Fox West Coast Theatre executives, and guests on December 14, 1939. Co-hosts for the event were developer and owner A. Emory Wishon (1882-1948) of San Francisco, a prominent California hydroelectric executive, and Charles P. Skouras of Los Angeles, president of Fox West Coast Theaters.

The theatre opened its doors to the film-viewing public on December 15, 1939. The double feature program included Lana Turner in “Dancing Coed” and Frank Morgan in “Henry Goes Arizona”.

A complete restoration of the exterior façade, ongoing tenant improvements in the retail wings, and modifications to allow the adaptive reuse of the theatre auditorium for the performing arts have brought new life to the theatre and to the surrounding Tower District. The area has since become a lively collection of restaurants, pubs, jazz clubs, and antique shops, with the highly successful Tower Theatre for the Performing Arts at its center.

In 1991, the dramatic theatre rehabilitation was honored with a California Preservation Foundation Award for Outstanding Achievement in Restoration, and with an Award of Honor from the San Joaquin Chapter, American Institute of Architects. In January 2021 the building was sold to a church.

Very nice looks great all lit up a night.

-DB, Don’t forget the Academy Theatre in Inglewood, CA also has a neon sparkle ball too.

do they still show films here. such a classics like the fox theater in visalia. just curious.

went here to see a miss nelson is missing play s a class field trip in second grade. then after that whenever we would drive by it at night i would marvel at the neon most importantly it’s neon sparkle ball!

On my Twelfth Birthday, my parents took me to see Alfred Hitchcock’s “Psycho” here! 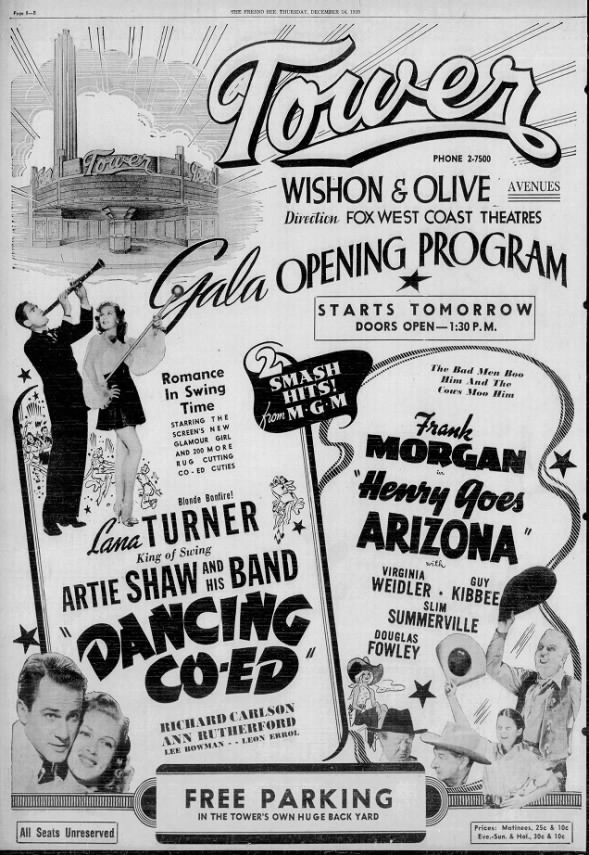 The Tower Theatre Fresno CA is about to be sold to a church group. The Tower area will suffer as the former cinema and entertainment venue brought in many music events and film festivals. Lets hope they don’t put white paint all over the inside that many churches do when they move into a former movie theater. You can forget the great neon Tower marquee being flashing for any church service two days a week. The church gang say they will still rent out the auditorium but I think they will be picky on what groups they rent to. You won’t find many of the festivals or music/comedy events they did book in the past. The screen inside that has been up the last few years is just small little video set up, they put black masking on the sides. Not a good place these days to see a movie on DCP video. Some people have bigger screens in their homes. I don’t think they have 35mm projectors left in the booth? A sad day for Fresno movie/entertainment lovers!

Motion Picture Herald, Jan. 19, 1952: “At the close of business January 12, Fox West Coast swapped theatres with Gamble and O'Keefe. The Tower, Fresno, is now operated by them and G&O have the Kinema there.”