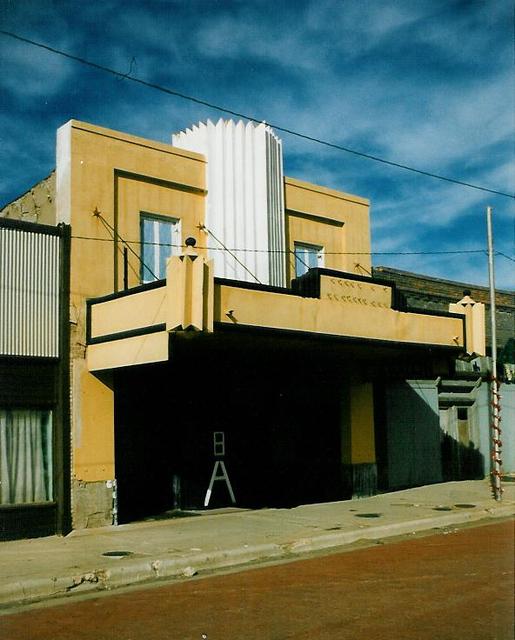 The Avalon in January 1997:
View link

The Avalon was in operation by the late 1920s. An item in Boxoffice of October 13, 1945, said that its owner of 17 years, E.R. Adams, had recently sold the house. The side walls of the building do look quite old. The zig-zag decoration on the facade was undoubtedly the result of a later remodeling, but I can’t find anything in Boxoffice indicating when that took place.