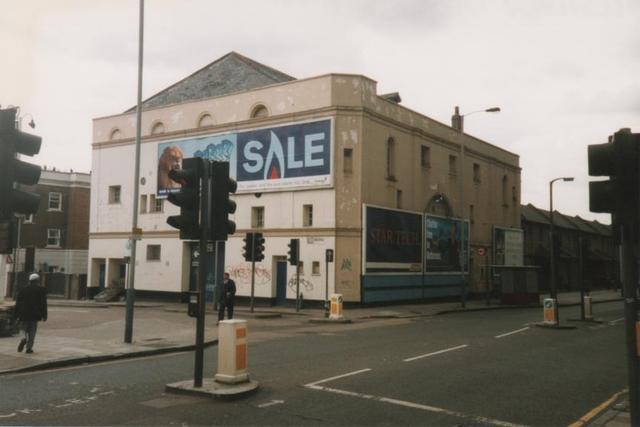 Located in the north London inner-city district of Islington at the corner of New North Road and Ecclesbourne Road. The Victoria Cinema opened on 23rd November 1912. Designed by architects Lovegrove & Papworth, this was not a particulary good looking building, especially in later years when perhaps it had lost any adornments it may have had in the early years.

Alway operated throughout its life as an Independent cinema it began feeling pressure when larger, more luxurious cinemas began to open in the 1930’s, especially the nearby Carlton Cinema on Essex Road.

The Victoria Cinema closed on 2nd November 1957 with Terrence Morgan in “It’s A Wonderful World” and Wayne Morris in “The Gelignite Gang”. The building went over to use as a storage warehouse for the next 40 years. By October 2000 the building was no longer being used for anything and was just sitting empty and it was up for sale. It was demolished in 2001/2002 and a block of 14 apartments was built on the site, which were completed in Summmer 2003.

A photograph I took of the former Victoria Cinema in 1994:
View link