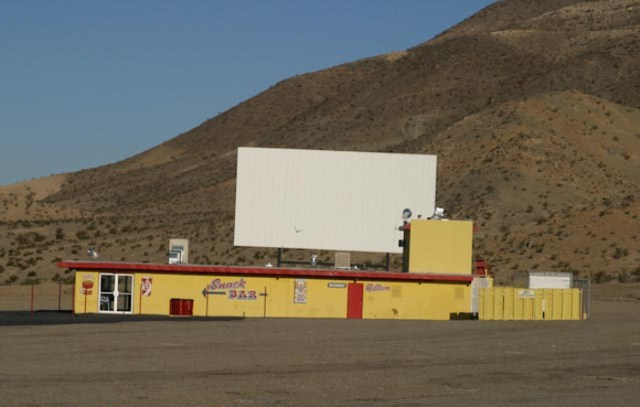 The Skyline Drive-In opened on September 30, 1966 with Paul Newman in “Torn Curtain”. Initially it had a single screen and closed in 1987. After a makeover, the theatre re-opened in 1996. A second screen was added in 2000.

As of 2007, the Skyline is also being used as a flea market.

Here is a February 1985 ad from the LA Times:
http://tinyurl.com/yg8phfs

This page shows a Skyline logo with the tagline “Established 1964”

The Skyline stayed open until January 1989, when its newspaper movie listings abruptly ceased. It’s weird how many references I’ve read for a 1987 closure, but the newspaper ads don’t lie, at least not that way.

Current owner Larry Rodkey bought the Skyline in 1995, as recounted in a 2015 article in the local newspaper. “This one (Skyline) was closed when I bought it. And this is what I get for drinking,” Rodkey said with a hearty laugh. “I came here many, many years ago and stopped in front and I said ‘I’m going to own this some day.’ And 10 years later I got it.”

After running it on a shoestring for about a decade, Rodkey leased it to manager Randy Shull. After a couple of years, Shull closed it in August 2009. Gene Harvey took over the lease and reopened two months later.

Harvey tried and failed to win a digital projector from Honda, then closed the Skyline in February 2015. Rodkey returned, paid more for two digital projectors than he had paid for the whole place two decades earlier, and reopened the drive-in again in April that year.

Boxoffice, July 15, 1963: “Western Amusement Co. announced plans have been completed for construction of a 600-car drive-in at Barstow. R. B. Brout of Los Angeles is the architect. Western Amusement also operates the Barstow Theatre … and the Bar-Len Drive-In at Barstow. The latter is to be renovated.” 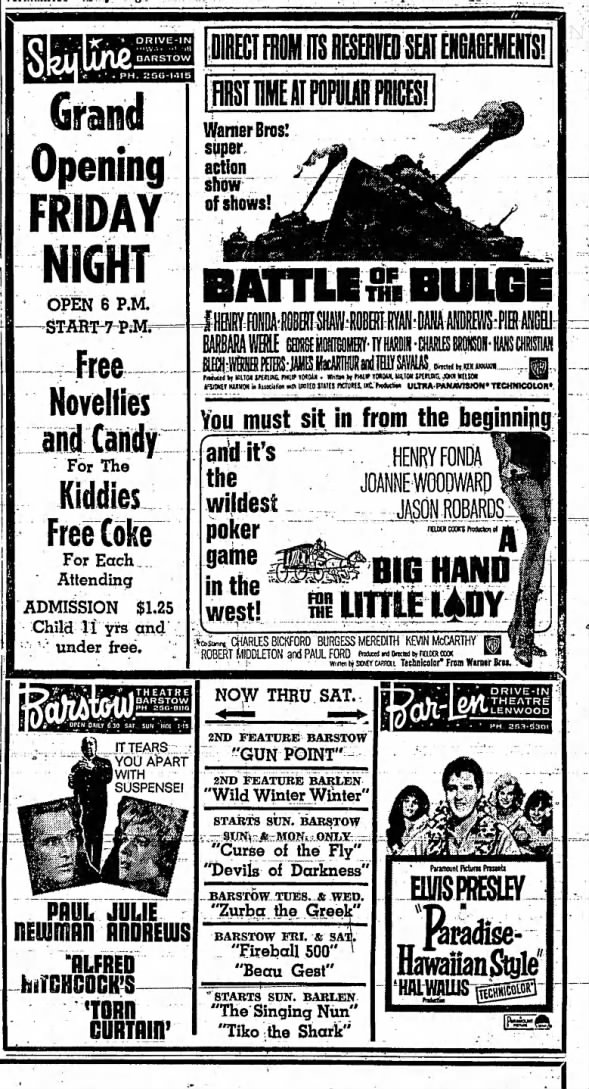