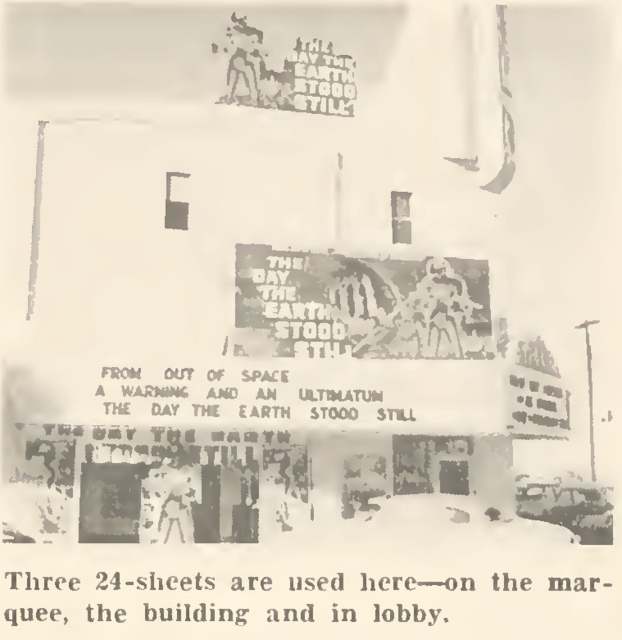 On this same site the Ramona Theatre was opened between 1926 and 1928. Mr Louis F. Long obtained the property along with Mr. Jacobson, and opened a confection and ice cream business adjacent to what was to become the Ramona Theatre. The theatre opened soon afterward. In 1928, the property was leased by brothers J. Melvin Pierce and Carl Pierce. Complete restoration of the property, with a new brick and concrete building occupying a space of 50 by 120 feet, with up to date features was finished.

Patrons would enter the theatre thru a spacious decorated lobby 20 feet x 20 feet, flanked on each side by store rooms. From the lobby one would step into the foyer from which staircases, right and left, led to the gallery with a capacity of 194 seats. Off the foyer were accomodations and well furnished rest rooms. Two entrances from the foyer led into the main floor, where a sloping oak floor was arranged with 481 leathered seats. The loge seats in the rear would grace any parlour. The projection room in the gallery was said to be practically fire proofed.

The stage had been constructed to accomodate road shows with drop curtains, and in the basement were ample dressing rooms.

Music was furnished by the latest musical instrument on the market - the Orchestraphone, built especially for theatres. It was equipped with two loudspeakers, and had been installed at a price of $2,500.00.

A contest was held to name the theatre and ‘Parnassus’ was selected. Opening night in August of 1928 featured “Ben Hur”. Unfortunately by the following February of 1929, the enterprise and lease had reverted to the building owner Louis F. Long, and the theatre reopened again as the Ramona Theatre.

In October 1945, the theatre was renovated and reopened as the Gila Theatre. Opening fare was “Mexicana” and “Along the Navajo Trail”, along with a cartoon.

During the 1980’s, an adjoining building was renovated as a theatre with an entrance from the original Gila Theatre. This new operation became the Gila Twin Theatres. During the 1990’s, the original location was closed for good.

A new theatre opened in a shopping center in town, continuing with the Gila Theatre name. This theatre later became the Cinema 1 Theatre

The original Ramona/Parnassus/Gila Theatre was bought by Safford Builders Supply, and the old theatre was razed to make room for a new storage facility.

I’ve found a reference to the Gila Theatre in Boxoffice Magazine as early as August 14, 1948, but don’t find it mentioned later than 1952. The area around 1914 W. Thatcher looks to be of fairly recent development, so it seems unlikely that the Gila would have been built out there so long ago, unless it was a drive-in (which I don’t think it was.) Nevertheless, CinemaTour places the Gila Theatre at that address. I think that’s probably wrong.

There’s currently a Walgreen’s on the south side of the street and an older-looking shopping center on the north side. Google Street View doesn’t get close enough to see if anything in the shopping center looks like it might have been a theater, and Bing Maps has no bird’s eye view of the location, but Google search brings up an address of 1970 W. Thatcher for the Mount Graham Shopping Center, and the October 16, 1972, issue of Boxoffice said that a single-screen Jerry Lewis Theatre had recently opened in that center, with 350 seats. This might have become the Cinema 1, but there’s a hitch with the location.

I find Cinema 1 popping up at the address 1914 Thatcher on a number of web sites, but there’s also a theater at the east end of town, at 555 Entertainment Avenue, currently operating as the Victory Discount Cinema, and its sign is visible at the side of Thatcher Boulevard in Google Street View. I’m pretty sure that sign says Cinema 1. The picture is probably a couple of years old. Could there have been two Cinema 1 operations in Safford?

There’s still a movie theater open in the Mount Graham Shopping Center, too. Boxoffice Mojo brings up a 5-screen, called the Sapphire Cineplex, at 1998-B W. Thatcher. From the address it doesn’t sound as though it would be the Jerry Lewis Theatre (possible Cinema 1) expanded.

Anyway, Safford is one of those confusing places about which information is, if not scanty, often vague. For now, the address of the Gila Theatre remains one of the town’s many mysteries.

The Gila Theater was originally located on the southwest corner of 5th Ave and 7th St. It was shut down around 1991 or 1992. It was demolished 10 to 15 years ago and now a warehouse for Ace Hardware sits on the site.