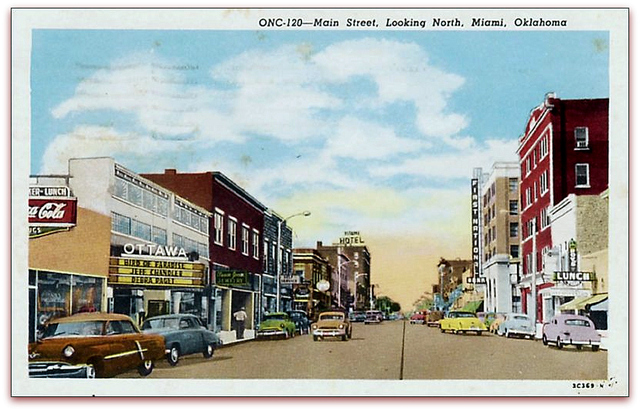 From 1951 a street scene postcard from Miami OK that includes a view of the Ottowa.

G.D. Hall launched his Dreamland Theatre here on September 3, 1913. It was renamed under new operators as the Grand Theatre on November 24, 1914. It was then renamed as the Ottawa Theatre on April 5, 1945 with Bing Crosby in “Goin' My Way.” The Ottawa closed August 6, 1955 with a double feature of “Gangbusters” and “Gun Fury.” In 1956, the theatre closed and Video Independent Circuit the seats were offered for sale.