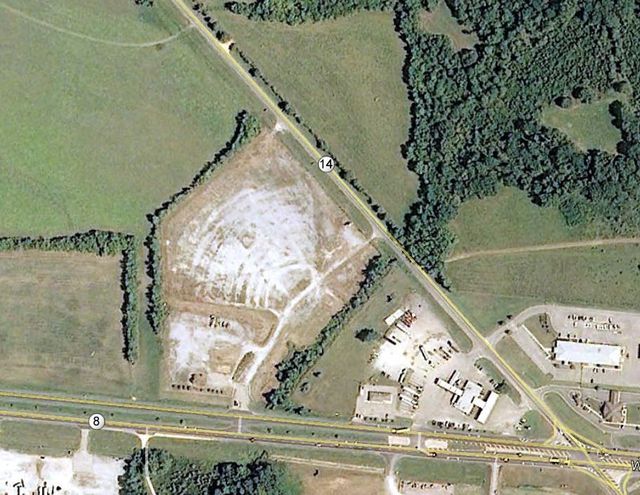 The 80 Drive-In was opened on June 22, 1967 with Elvis Presley in “Tickle Me” & Jay North in “Maya”. It was owned by Paul A. Engler Jr. and had space for 400 cars. It was closed on March 15, 1985 following a police raid. The final movies were “She Devil” & “Beauty Parade”. The operator decided that due to an upcoming court case over screening X-Rated adult movies, the drive-in would be permanently closed. The property is now used as a mobile home sales lot.

The theater was showing X-rated fare as of 1985 and was targeted for closure by an area church: View article 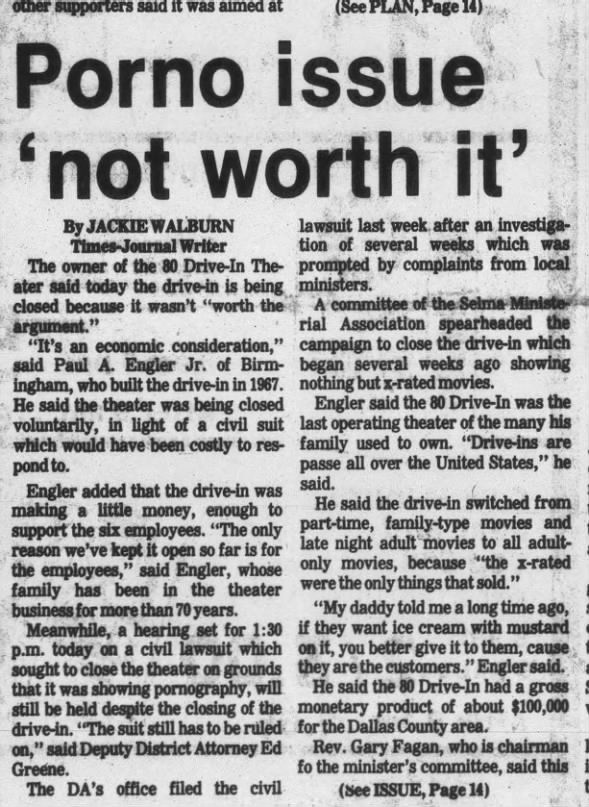 The 80 Drive-In Theatre was located at the confluence of highway U.S. 80 and State 14, it launched June 22, 1967 with Elvis Presley in “Tickle Me” and Jay North in “Maya.” Hurting for Sunday thru Thursday business, the 80 booked “Paris Secrets” for “adults only” in January of 1969. The theatre had sell outs with adult films which changed the theater’s fate.

On a Wednesday, July 9, 1969 showing of “Starlet,” police raided the theater forcing the stoppage of the film and asking for the names and addresses of the 900 patrons. The local police harassment would continue until a new operator,Jack Jones, came in promising family fare in 1970. Jones would buy the Sel-Mont from ABC Theatres in 1975, Jones programmed after-midnight adult films at the 80:finding big audiences and more police intrusions.

On March 15, 1985, police raided the 80 once again. This time it was while the double feature of “She Devil” and “Beauty Parade” we’re featured. The city and police harassment worked this time as the operator finally gave up and closed the operation. The theatre was razed though the lot is still visible.