The Roxy Theatre was opened on July 20, 1939 with Claire Trevor in “One Mile from Heaven”. Seating was listed at 300. This was an African American Theatre.

The Roxy Theatre closed on May 31, 1952 with “Juke Joint” & Tim Holt in “Saddle Legion”. It has since been demolished.

This opened on July 20th, 1939. Grand opening ad posted and below 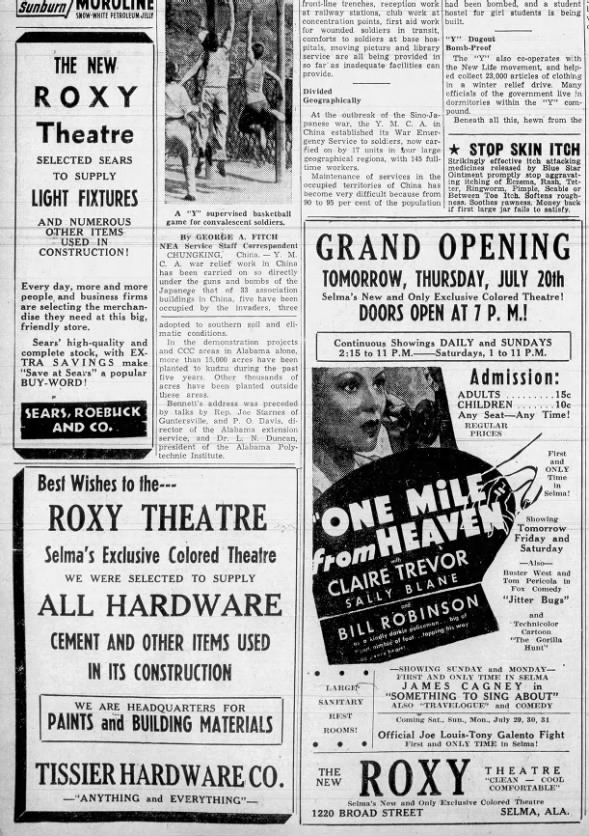 Newspaper ads for the Roxy stopped in 1952.

The Roxy Theatre closed at end of lease on May 31, 1952 and the final two feature films were Sack Amusements African American film, “Juke Joint,” and the Tim Holt western, “Saddle Legion” supported by a comedy short, a cartoon and two episodes of a serial likely to complete the serial’s run. It had launched July 20, 1939 with Claire Trevor in “One Mile from Heaven” supported by the Columbia cartoon, “The Gorilla Hunt” and the Buster West comedy short, “Jitterbugs.”