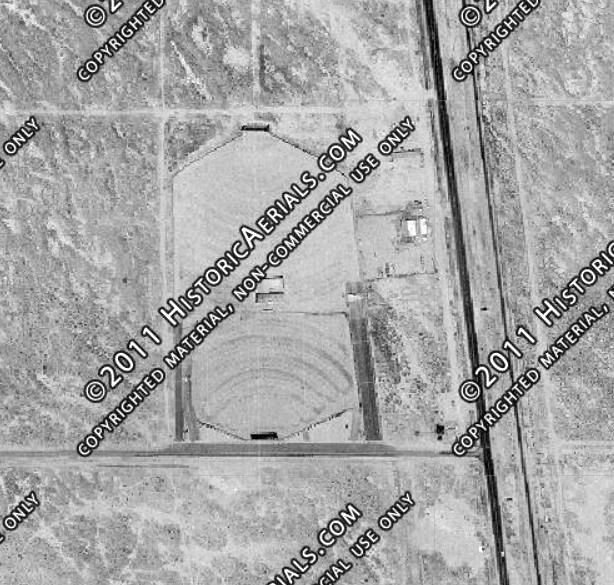 The Lancaster Drive-In was opened in 1956 as a single screen theatre with a 650 car capacity. It was later tripled. The property is now used by the city of Lancaster as a maintenance yard.

I’ve seen Spies Like Us a hundred or so times since it’s release, I had forgotten all about the drive in scene. I’ll have to check out my blu ray tonight lol

There was four men standing outside the snack bar the car pulled up, i forget about the guy with the rifle(who said, “two Pepsis' to go).

I think the drive-in might have been closed before the film Spies like us was filmed there, the ticket booth and the snavk bar look partly covered up in wood sheeting!?

The Lancaster Drive-in was closed for the winter season when Spies Like us was filmed there. The drive-in closed after the 1985/86 season. Spies like us was not screened there(pity!!). The concession stand is still there.

The other guard seen at the drive-in ticket box(the speaking one) is director Joel Coen.

The Lancaster Drive-In was completed in 1956. There was nothing but bare desert in 1950. The “auditorium” was a nice feature.

The correct address was 665 W Ave H according to a 1964 booklet on Lancaster.

The might have been an indoor movie theatre(behind the snack bar) according to tne Box Office Magazine articule in the photos section?