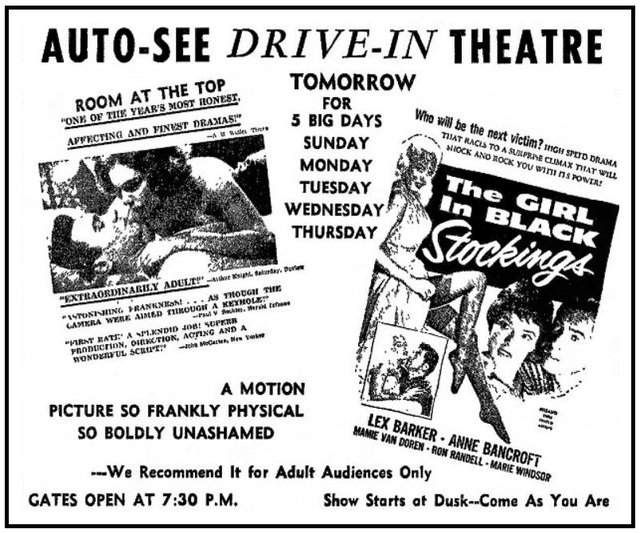 The Auto-See Drive-In was opened by 1949. According to the November 12, 1949, issue of Boxoffice Magazine, the Yuba City city council received complaints from many citizens about the 600-car operation, citing “…uncontrolled noise, traffic hazards, and the nuisance of scattered trash from the theater.”

There is a circa 1960s ad for the Auto-See on this page:
http://tinyurl.com/lbojo8

Another great name for a drive-in.

The Film Daily Year Book first included the Auto-See in its 1950 edition; with Joe Vogel’s note, that suggests a 1949 opening.

The Auto-See was still outlined in a 1983 topo map, and the ramps were in decent shape in a 1998 aerial, but its final appearance in the Motion Picture Almanac’s drive-in lists was the 1984 edition.