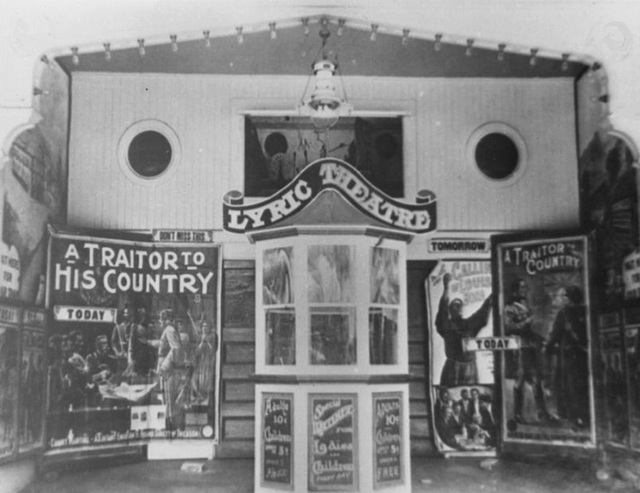 Here is a photo of the outside from approximately 1912

The California Index contains a card citing an article in Motion Picture Herald, issue of September 1936, which says that Edwin Atkins had plans for remodeling the Lyric Theatre in Marysville.