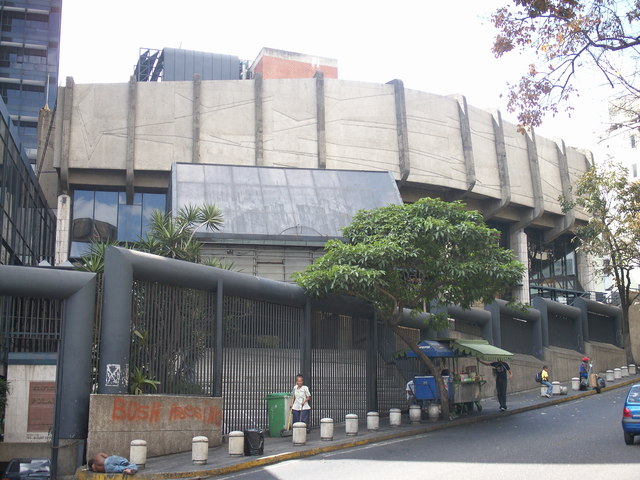 The Teatro del Este is located in part of the Polar Building on the Plaza Venezuela in the east of central Caracas.

It was designed by architects Martin Vegas and Jose Miguel Galia in a typical 1950’s style and was a modern theatre with full stage facilities. Seating was provided for 769 in the stalls and 473 in the balcony.

It opened on 19th April 1955 as a live theatre with Pilar Lopez and his Spanish Ballet Dance Company. It screened its first movie on 11th October 1955, Marilyn Monroe in “The Seven Year Itch”. From 13th September 1956 it was converted into a three-strip Cinerama theatre with initial screenings of “This Is Cinerama” and it continued to screen Cinerama films until 2nd October 1960.

In later years the auditorium was twinned and after closing it was used as a church. When viewed in April 2006 and again in March 2007, the building was closed and un-used, and was protected from intruders by a sturdy metal fence.