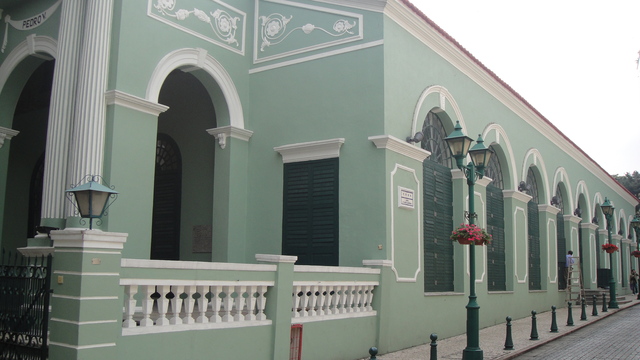 With total seating of 360 seats, it is today functioning as a concert hall. From the end of 19th century to the early 20th century, the theatre was a venue mainly for drama, opera and concerts. It was also a “hot spot” for local high society activities. From 1915-1929, the theatre was rented to show movies and changed its name to the Teatro Ma Gau. It later was renamed the Cinema Macau. By the 1930’s, when more and more modern cinemas were built, the theatre once again returned to live performances. Until early-1980’s, the old, broken theatre became the “Crazy Paris Shows”, featuring adult entertainment.

After the restoration by the government, this theatre was listed as one of the historical buildings of the Historic Centre of Macau, which was listed on the World Heritage list by UNESCO in July 2005.