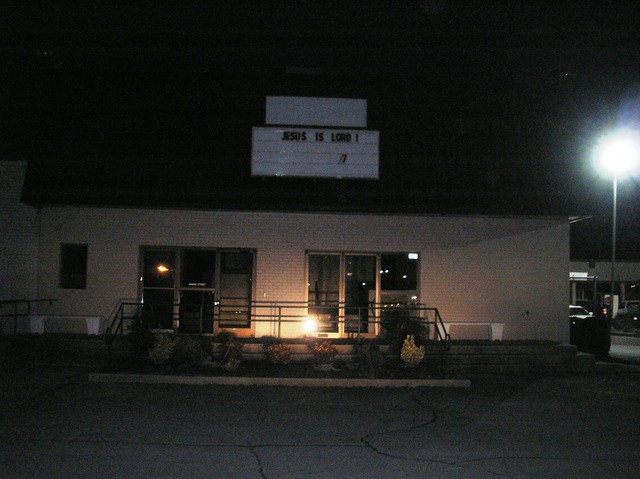 The Cheri still stands and is in use as a church.

Here and here are a couple of photos of the former Cheri from January 2007. The building is quite small and narrow making me wonder if this wasnâ€™t initially a single screen theatre.

Per Courtnerkin in Flickr “It was initially a single screen cinema called Cinema One. It was twinned by placing a sound wall down the center of the auditorium and downsizing the screens. I think this occurred about 1984. I’m pretty sure I saw Empire Strikes Back there prior to the twinning. After it was twinned, it was called Cinema Twin. In about 1994 under new management, it was renamed Cheri. Following another management change it became the Campus Twin before going under.”

Was this the theater next to Hot Wheels roller rink? Wasn’t this a part of the Carmike chain until Wynnsong (now AMC Classic) opened in the late ‘90s?

The pinpoint on the map is wrong, too. It’s on Middle Tennessee Blvd, just south of the Mercury Blvd intersection.