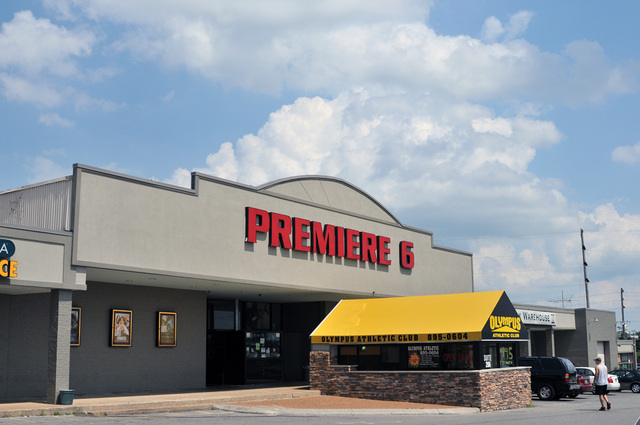 The Martin Theatre opened March 16, 1967. It was a single screen when it opened. It was twinned in October 1974 and and renamed the Martin Twin. It was divided again in April 1984 and March 1986 making it a six screen.

Carmike took over the operations of the the theatre in 1988 and after the last two screens were added it became the Carmike 6. It was located in the Jackson Heights Shopping Center. Carmike closed the theatre in 2000. It was reopened as an independent on July 6, 2001 and renamed the Premiere 6.

Here are night photos from January 2007 of the Premiere Theatre: 1, 2, 3. The theatre appears to be huge. Unfortunately I wasnâ€™t able to get any interior shots and these night shots donâ€™t really show much.

The shopping center it is in took a direct hit from a small tornado around March 2009. The front looks considerably different from Jack’s pictures, which were taken three years earlier.

Many area residents were delighted that it reopened. This theater is locally owned. The picture and sound are good, the concession prices are reasonable by comparison to the nearby multiplexes, and they show 3 or fewer trailers and no unrelated ads before they start the feature! This is a fave, despite it’s plain appearance!

Does anyone know how this theatre was reconfigured from a single screen into six screen? Did it have a balcony?