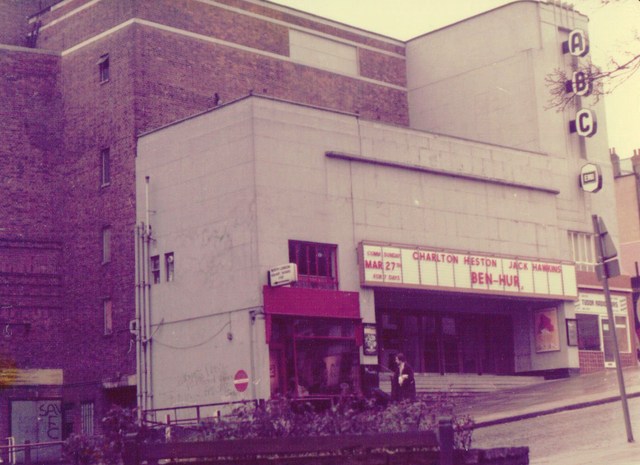 Located in the north London district of Muswell Hill. This large cinema was built on a difficult sloping site on the steep hill. Built by and operated by Associated British Cinemas (ABC) for all its life, the Ritz Cinema opened on 21st December 1936 (just three months after the nearby Odeon Theatre opened). The opening programme was Joe E. Brown in “Sons o' Guns” and Lewis Stone in “Don’t Turn ‘em Loose”.

A car park was provided at the rear. ABC’s in-house architect William R. Glen designed yet another of his typical Art Deco styled cinemas which had seating for 1,213 in the stalls and 778 seats in the circle.

The Ritz Cinema was a popular cinema for many years and was re-branded ABC in 1962. It closed on 28th January 1978 with Robby Benson in “One on One” and Richard Pryor in “Greased Lightning”. The building was vacant until it was demolished in June 1980 and an office block was built on the site.

Set of photos of the ABC can be found here: