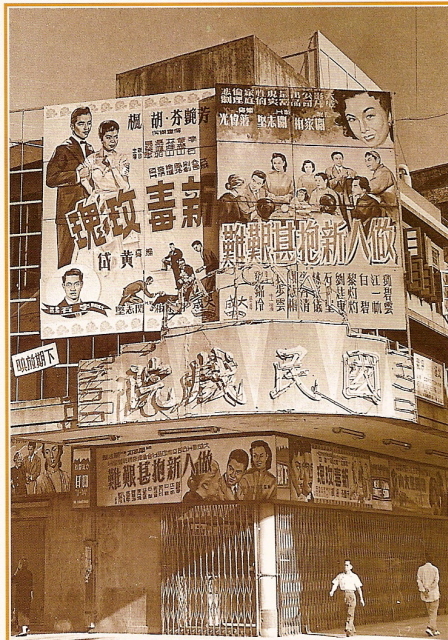 The National Theatre was built on the site of a wood depot in the Wanchai district on the Hong Kong Island two years before World War II. It opened to business on 2nd February 1940 with a Cantonese language film. The theatre closed its doors temporarily on 9th August 1940 for adding a balcony in the auditorium and re-opened on 27th October 1940. It was a neighbourhood theatre and showed Cantonese language and Mandarin language films before the war.

I remember watching Cantonese language films at the theatre with my late father as a child in the mid-1960’s.

The theatre was a poorly-managed one, and the practice of children urinating on the auditorium floor was often heard of during my childhood.

During the war years,it showed films censored by the Japanese Army.