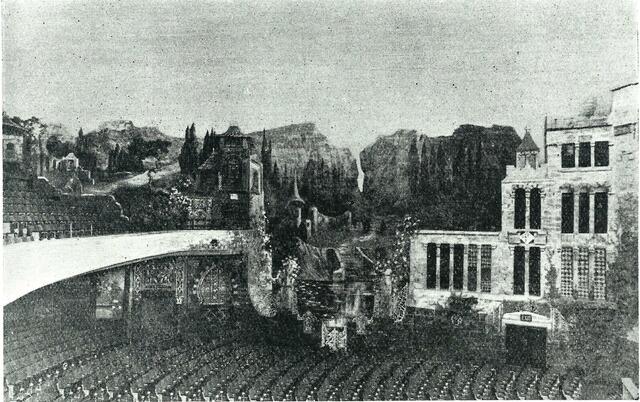 Located in Downham, a district south of Catford and north of Bromley, now part of Greater London. The Splendid Super Cinema opened 18th August 1930 with Marion Davies in “Not So Dumb” and Laurel & Hardy in “Blotto”.

A feature of the auditorium was the two huge side-wall murals, painted by artist F.L. Philie, which depicted a landscape suggesting Switzerland or Northern Italy. Depicted were chalets, villas, mansions and a castle, all set among trees and shrubs. There were winding lanes climbing through wooded slopes to the distant montains. The blue of the sky extended across the ceiling, in which was set a central light fitting that could change colours to represent sunrise to sunset. Sadly, this interior decorative scheme was painted over in June 1938. The cinema had a 40 feet wide proscenium and a fully equipped stage for variety shows. It also contained a cafe and there was a car park for 80 cars at the rear.

The Splendid Cinema was closed 7th December 1957 with David Niven in “My Man Godfrey”. It was demolished in Summer of 1958. In 1961, a petrol station was built on the cinema site and a block of flats on the car park, which are named Crystal View Court.

Originally this was to be known as the Delphine Cinema, it was built and operated as an independent cinema by John Thomas Halliman and remained an independent throughout its life. It opened as the Splendid Super Cinema with Marion Davies in “Not So Dumb”.

Although designed by Major W.J. King, the Italianate/Swiss Atmospheric interior was designed by artist F.L. Philie. He created a scene that depicted Chalets, villas, mansions and a castle which were set among trees and flowering shrubs. Winding lanes climbed through wooded slopesto distant mountains. The blue of the sky met and extended across the ceiling in which was set a large central lights fitting which could be set to reproduce the changes of colour from sunrise to sunset.

Unfortunately, the Splendid Cinema became a victim of falling audiences due to the impact of television and rowdy youths in the audience and it closed with the film “My Man Godfrey” starring David Niven. Proposals to use the building as a Roman Catholic church or a rag store both fell through and it was demolished in the summer of 1958.

Flats named Crystal View Court were built on the site, together with a petrol station.