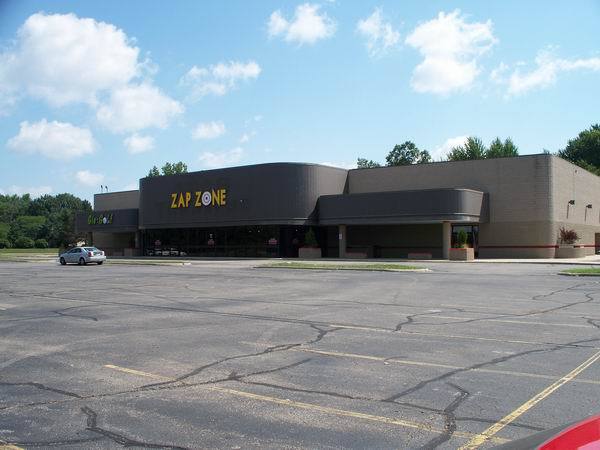 This opened on April 13th, 1984. Its grand opening ad can be found in the photo section.

The last film I remember seeing at this theater was “Darkness Falls,” in February 2003.

The AMC Elmwood Plaza 8 launched in the multiplex era on April 13th, 1984 on a 20-year lease. It closed at the end of that lease on January 4, 2004. AMC cited megaplexes such as the 18-screen NCG Cinemas at Eastwood Towne Center as the key factor in the non-renewal. It was converted to the Zap Zone, a gaming center that included laser tag later in 2004. It was still operating in the 2020s.