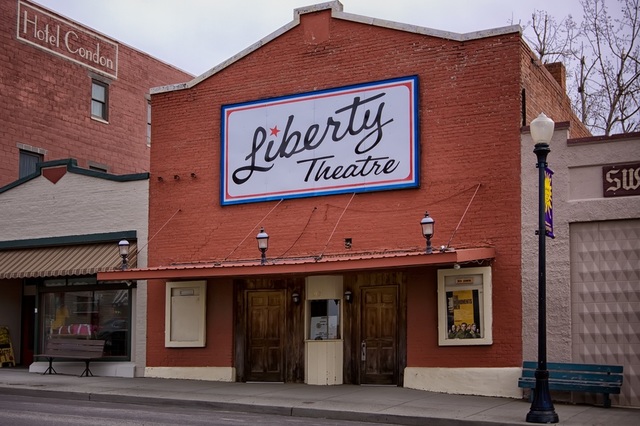 The American Theatre was opened by 1914. By 1918 it had been renamed Liberty Theatre.

The marked location is incorrect on the map. Liberty Theater, the only theater in town, is actually on the east side of main street between Gilliam and Summit streets.

I fixed the street view for this cinema.

A newspaper clipping from the May 5, 1939 edition of the Condon Globe-Times: http://i48.tinypic.com/rbczkw.jpg

The records of architect Day Walter Hilborn list unspecified work at the Liberty Theatre in Condon as a 1939 project.