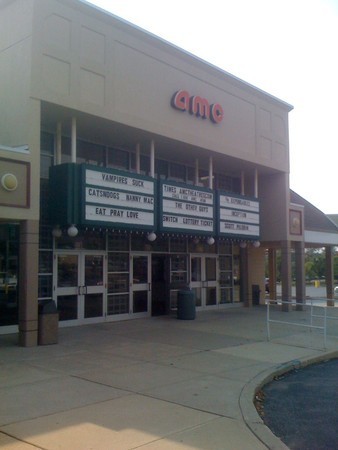 This theater I think was built as an Acme market. It relocated two miles away in 1990.

It was a VERY big deal when they built this theater. The only theater in the area that had this many screens in one place. Does anyone know exactly when this theater opened? Someone else said 1991 but I am almost positive I saw Edward Scissorhands here which was December 1990. I was a regular at this theater when Jurassic Park (1993) was out, I saw it at least twice in a row. My attendance dropped off around 1995 when they built a Regal 12 just a few miles from my house.

I’m not sure when it opened, but, I do know that this theater is transforming into a Dinner & A Movie setup, similar to Movie Tavern. I believe renovations start this month.

Was this always an AMC? The small logo is kinda creepy.

5 screens are Fork & Screen, and the other 4 are Cinema Suites.

May 17th, 1991 preopening ad as well as the Grand opening ad on the 24th in photo section.

This location is now listed as AMC Dine-In Painters Crossing 9 according to AMC.